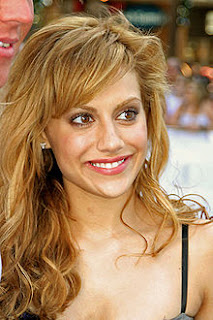 According to Wikipedia, at 8:00 a.m. (16:00 UTC) on December 20, 2009, the Los Angeles Fire Department responded to "a medical request" at the Los Angeles home Brittany Murphy and husband, Simon Monjack, shared.

Brittany had apparently collapsed in a bathroom. Firefighters attempted to resuscitate her on the scene. She was subsequently transported to Cedars-Sinai Medical Center, where she was pronounced dead on arrival at 10:04 a.m. after going into cardiac arrest.

The official cause of death is yet to be determined, but Assistant Chief Coroner Ed Winter told the Associated Press: "It appears to be natural."

An autopsy was performed on December 21, 2009. Full results will not be available for several weeks; authorities are looking into her medical records and toxicology reports.

Murphy was a type-2 diabetic, and suffered from a thyroid condition.

Murphy was also a voice actor. She voiced the character Luanne Platter on the FOX animated sitcom King of the Hill for the entirety of the show's run. She also provided the voice for Gloria the penguin in the 2006 feature Happy Feet. She was nominated for an Annie Award for voice acting in the King of the Hill episode "Movin' On Up".