Argentina on to the 2014 World Cup Finals on Sunday

So it's 0-0 at full time but Argentina 4, Netherlands 2 on penalties. What a way to lose, eh? The other semi-final played yesterday was won by Germany - 7 goals to 1 (Brazil). 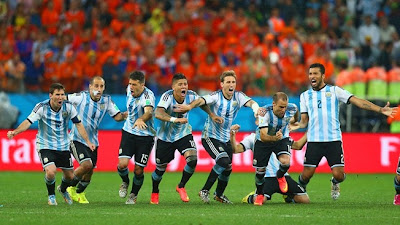 A look at the scoreline.. 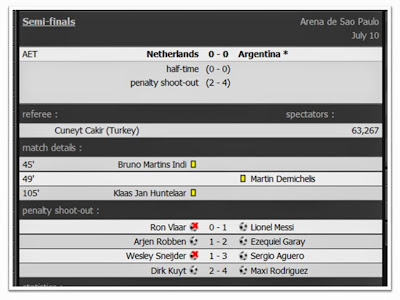 After 62 games, we have now come to the final two games. Brazil and Netherlands will play for third placing on Saturday.

The Finals between Germany and Argentina will be played on Sunday an hour earlier than the usual timing. Do take note if you don't want to miss any part of it. 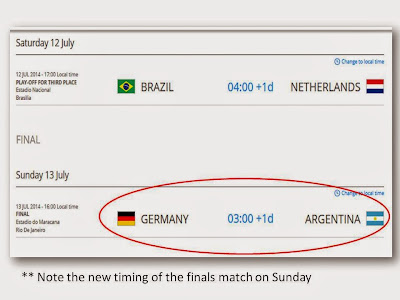 Image sources:
- fifa.com
- livescore.com
Posted by HappySurfer at 7:33 AM