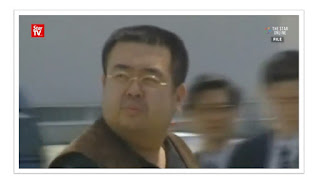 Good to know if you are a frequent flyer taking flights out of KLIA2..

When it was confirmed that it was the VX nerve agent that killed Kim Jong-nam, cops working with the atomic energy department (Malaysian Nuclear Agency) carried out a scan and clean-up operation in KLIA2.

VC nerve agent is a deadly chemical substance and is on the United Nations' list of weapon of mass destruction. In liquid form it can be absorbed into the body through skin or eye contact. It works by acting on an enzyme involved in muscle movement and exposure to the substance will lead to muscle contraction, convulsion and respiratory failure. It can be manufactured as a liquid, cream or aerosol.

During the attack at the busy airport, two women alleged smeared the substance on Kim's face that killed him a short while late enroute to the hospital.


A USM toxicologist said that Kim would have died a "horribly painful" death. North Korean Kim Jong-nam, was assassinated at the KL International Airport 2 on Feb 13. 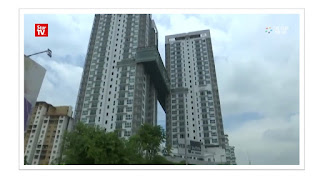 Following that, police were led to a condominium located at Jalan Klang Lama where various chemicals were seized. Besides various chemicals, it is believed that several gloves and shoes were also seized from the unit.


It was also reported that one of two women suspected of killing the half-brother of North Korea's leader with the highly toxic VX nerve agent also suffered its effects, Malaysia's police chief said on Friday.

"She was vomiting," Khalid Abu Bakar, the IGP, said in response to a question about whether the women felt the effects of VX, classified as a weapon of mass destruction by the United Nations.


With Pyongyang playing the blame game, blaming Malaysia for the death of “one of its citizens there” and accuses it of “having an unfriendly attitude”, and North Korea envoy walking a fine line, Culture and Tourism Minister Datuk Seri Nazri Aziz has advised Malaysians not to make travel plans to North Korea.


Meanwhile, it was reported that Family member or relative of Kim Jong-nam to arrive on Saturday to identify body, which is today.