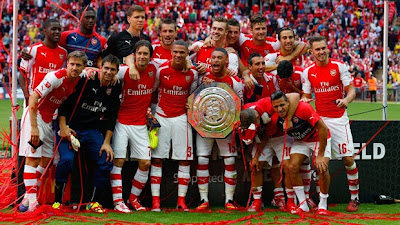 What a start for Arsenal in the new football season lifting the FA Community Shield, a win over Manchester City 3-0 at the Wembley Stadium in London.

The FA Community Shield is the curtain-raiser for the English Premier league. This is an annual football match between the reigning champions of the Premier League and the winners of the FA Cup.

The game was played between Manchester City, champions of the 2013–14 Premier League and Arsenal, who beat Hull City in extra time to win the 2014 FA Cup Final.

The match was Arsenal's 20th Community Shield appearance to Manchester City's tenth. The only edition in which the two teams previously met was in 1934, which Arsenal won 4–0. 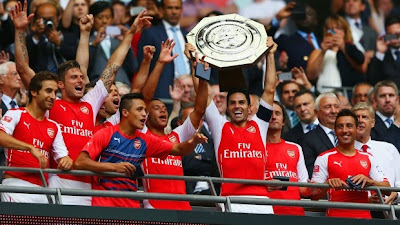 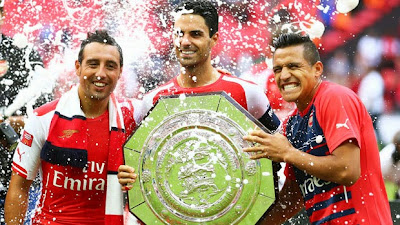 Posted by HappySurfer at 9:38 AM