Diamonds from the sky

It was raining hailstones in parts of Kuala Lumpur yesterday evening. Here, a passer-by collecting hailstones that littered the Sungai Besi area after the heavy rain and hailstorm that wreaked havoc in many parts of the city. 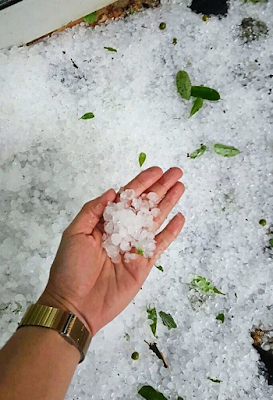 As of 7pm, flash floods caused a traffic standstill around Batu Muda Tambahan towards Sentul, and along Jalan Hikmat Usaha near Masjid Wilayah, according to StarTraffic.

Traffic congestion was also reported along Jalan Duta, near Jalan Semantan and major highways heading into the city.
- The Star 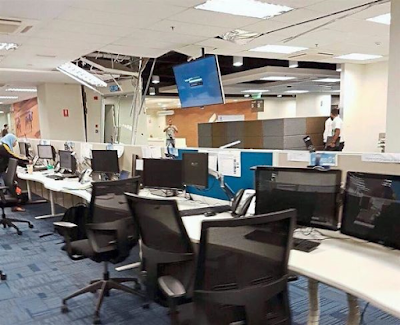 
The weather is sunny right now but the weatherman predicts another round of thunderstorm this evening. Brace for it, KLites!

Posted by HappySurfer at 1:38 PM