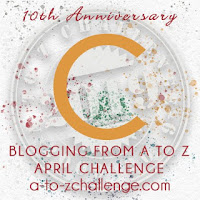 
You can also read the entry on Cameron Highlands last year - map from Wiki and interesting video included.
Posted by HappySurfer at 2:28 PM