In an earlier post, What's in a name?! Lots!, I remember we talked about the different unusual names that people have and the attention they bring to their owners.

Know this face? The 19 year-old, from Port Klang, Malaysia, has been bombarded with hundreds of “friend requests” from Icelandic nationals on the social networking site because her name sounds similar to the phrase on the popular Vodafone advertisement.

The commercial, starring popular actor Pétur Jóhann Sigfússon, features a frog who lisps the slang word “Essassu”, which roughly translates to “is it you?”. 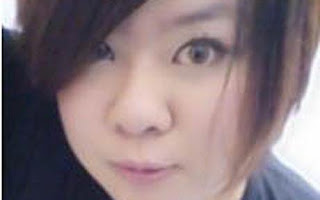 It was later discovered that the phrase was similar to the Malaysian woman’s name on Facebook.

She is now an internet sensation and has become the centre of a Facebook group “We want to get Essasa Sue to Iceland!”.

Organisers said it started as a “joke” but now it has almost 1,000 members.

Hundreds of people have since “friended” her on her site over the past few weeks and at last count Miss Sue, whose real name is Essasa Sie Sue Wei, has almost 2700 friends with the number getting higher by the day.

Miss Wei was even interviewed by The Daily Telegraph.

Posted by HappySurfer at 4:32 PM