Thailand flood situation and getting updates via social media 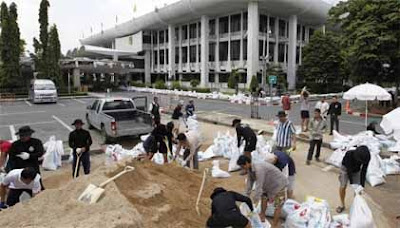 The picture above on The Star today shows sandbags being filled and laid around the Thai Parliament building in Bangkok on Sunday which is today. Thailand's capital is bracing for floods as water levels rose in some of Bangkok's northern suburbs. Over the past several weeks, flooding in many provinces has deteriorated from a bad situation to a national disaster.

The Star reported that a total of 356 people have been killed since July 25 and at least 113,000 have moved to more than 1,700 makeshift shelters. The labour ministry estimates about 650,000 industrial workers do not have an income. Take a look at how bad the flood situation is. 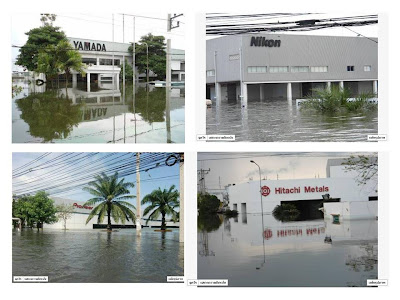 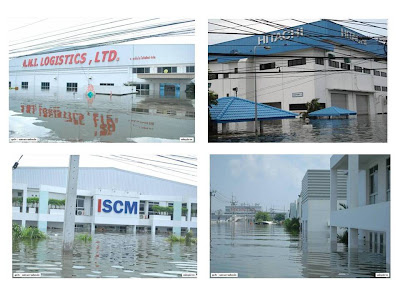 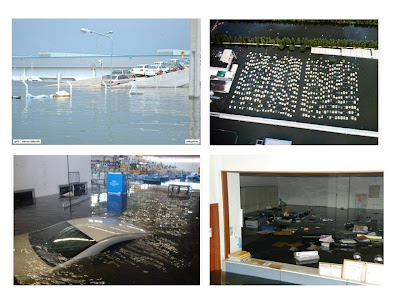 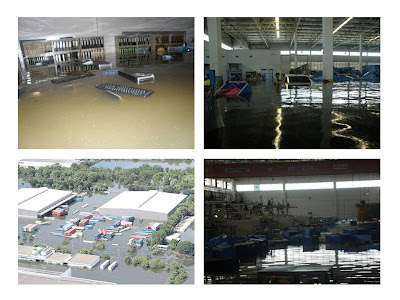 Sad state, wouldn't you agree? The all-pervasive social media are once again playing an important role in Thailand’s current flood crisis. Government officials, journalists, citizen reporters, relief organizations and volunteers have been kept abreast of local developments by real-time exchanges on Twitter, Facebook and others.

The Thai government has set up an official website, floodthailand.net, to provide up-to-date information on the current situation and to list emergency telephone numbers. It also allows people to post messages seeking help by filling in details of what they need and where they are. 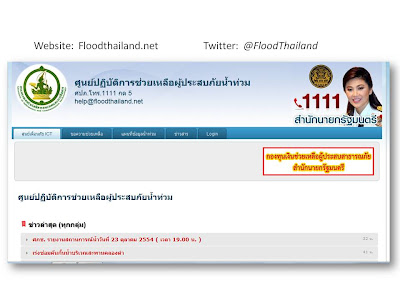 The Information and Communications Technology Ministry has set up an official Twitter account to keep track of the flood disaster at @FloodThailand, offering up-to-date information and details of government assistance.

Besides the website, the government has set up a call centre with an emergency number 1111. The centre helps to keep the Twitter community informed with instant messages at @gcc_1111.

The Bangkok Metropolitan Administration (BMA) has a presence on Twitter at @bangkokgovernor and @bkk_best, and is on Facebook at www.facebook.com/bkk.best. It uses the channels to monitor the flood situation and communicate directly with BMA staff and others. It also provides a regularly updated flood report at dds.bangkok.go.th/m.

Other sources of communication:

A private-sector group called Thai Flood has been founded by Internet pioneer and founder of Kapook.com, Poramate Minsiri. It has become one of the main sources of up-to-the-minute information on flooding across the country.

The group also helps to coordinate the relief efforts of other parties. While thaiflood.com is the information centre, the group communicates with its volunteers and the others via social networks at facebook.com/thaiflood and at twitter.com/thaiflood (@thaiflood and #thaiflood).

A group of volunteers from the Thammasat University Students’ Union are simply called AorMorTor. They mainly offer assistance through a Twitter account (@Aormortor), helping to keep people informed about relief plans and facilities being prepared for flood victims by the university. The group also uses Facebook (facebook.com/thammasatsu) as a channel for instant communication.

Many government organisations, especially those involved directly with the flooding, such as the Provincial Electric Authority (PEA), use both Facebook and Twitter. The PEA uses the social networks not only to monitor the flooding and provide assistance, but also to learn where it should cut off electricity services to severely affected areas. It has a Facebook channel at facebook.com/Provincial.Electricity.Authority and its Twitter channel at @pea_Thailand.

The Royal Irrigation Department is also actively using social media in the flood crisis. It regularly updates its services and assistance available via both Facebook (facebook.com/raorukcholpratan) and Twitter (@PR_RID). The department uses the social media along with its main website at www.rid.go.th.
(Source: The Star)
Posted by HappySurfer at 10:23 PM