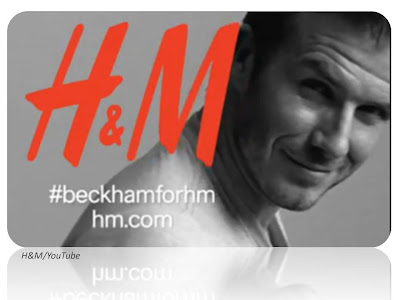 One of the ads that will run at the Super Bowl this year will be H&M's David Beckham Bodywear Super Bowl ad. Set to The Animals’ Don’t Let Me Be Misunderstood, the commercial will make its debut during the second quarter of the NFL championship final.

Only a 30-second run but is enough to tease(?).. The focus of this black and white ad is so much on the man himself, you might be wondering what exactly the ad is promoting. The man is no other than David Beckham, the 36-year-old LA Galaxy player who has just renewed his second term with the (US) football or rather soccer club. Here's the ad that will make its debut at the Super Bowl.

His bod, tattoos and briefs aside, now check out his skill. Indeed, unbelievable David Beckham!

Oh, by the way, the David Beckham Bodywear line will go on sale on Thursday, and just in time for Valentine's Day.
Posted by HappySurfer at 9:18 AM