K is for Kuala Lumpur, of course! 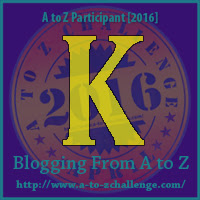 K is for Kuala Lumpur, but of course.

What better word to pick for K than the capital city of one's own country. Kuala Lumpur.


The word 'Kuala Lumpur' is a Malay (local language) that means 'muddy confluence'. It was literally at a muddy confluence in the heart of the city that KL (for short) first took shape.

This is part of the eastern side of the river bank. Notice the old buildings on the right. 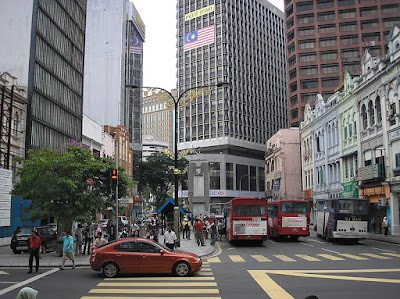 Another view of the east side. Here's a part of history -Japanese troops advancing up High Street (now Jalan Tun H S Lee) in Kuala Lumpur in December 1941 during World War II. 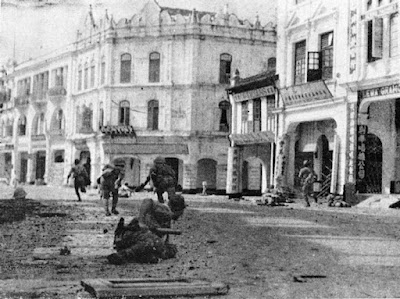 We are also trying to preserve old buildings in the city. These are pre-war terraced houses refurbished into restaurants and bars along Tengkat Tong Shin in Bukit Bintang. Bukit Bintang is where the action is in the city. 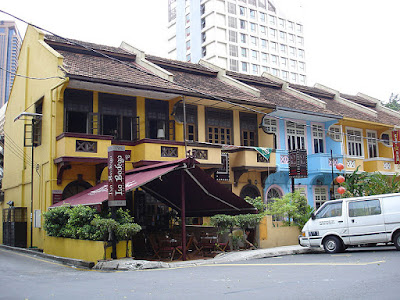 Kuala Lumpur has been voted one of the top shopping destinations in Asia. This is Suria KLCC, located between the Petronas Twin Towers. KLCC (KL City Center) where the twin towers are located, is linked to the Bukit Bintang area via an air-conditioned pedestrian walkway. This makes it really convenient to move between these two popular places in the city. The walkway would also, in a way, provide you a chance to see more of KL on foot as it passes through a number of areas in the city. 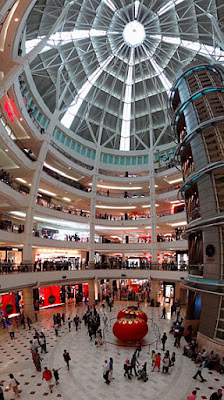 This is Bukit Bintang, the hub of the city, in the enclave of the Golden Triangle. In this vicinity there are like seven shopping malls and all within walking distance. Shop till you drop, no less! There is a monorail that plies the city - top right of the image.

At one time, the road junction here was named, Bintang Crossing, modeled after the famous Shibuya Crossing in Tokyo. Here traffic lights stop in all directions to allow pedestrians to all scramble across at the same time. Unfortunately, there wasn't enough awareness on the how-to's of using it and not long after Bintang Crossing died a natural death. I wish they would revive it given the number of people using this crossing. It would also add a unique feature to the city. 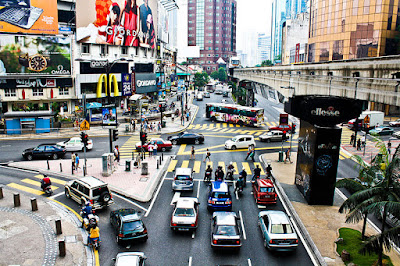 These are the people who had a key role in the development of Kuala Lumpur. 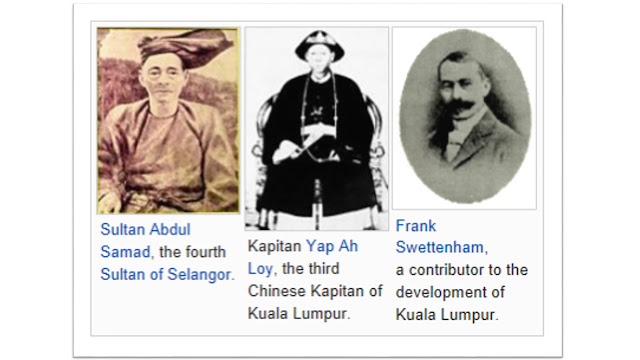 A trip to Kuala Lumpur is not complete if you miss seeing the Petronas Twin Towers in person. Todate they are still the tallest twin towers in the world. You can get a panoramic view of the city at the Skybridge linking both towers at the 41st and 42nd floors. 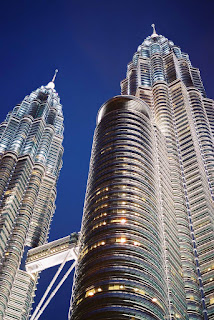 Here is a night view of Kuala Lumpur with the moon rising over the iconic towers. The torch-like structure left of the twin towers is the KL Tower. It was lit in red, blue and white in solidarity with the rest against terrorism and respect for those who perished in Paris. In October, it's lit in pink/purple for Breast Cancer Awareness month. KL Tower is also the sight for the annual BASE jumping event which includes day and night jumps. 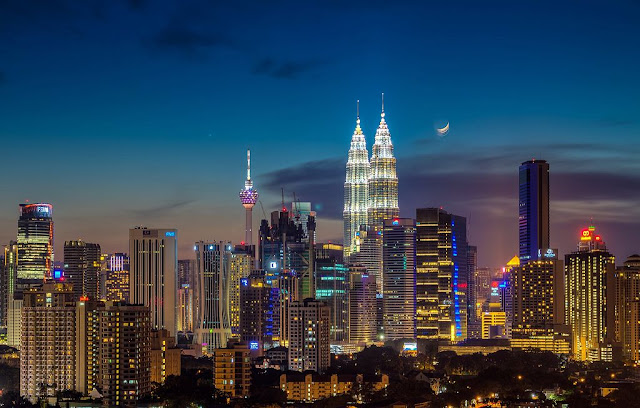 This is a view of the city centre. Picture taken last year, 2015. Beyond the hills to the centre-left, on a clear day you can even see Genting Highlands.

All images above are from Wikipedia.

Posted by HappySurfer at 7:23 PM