U is for the Unseen 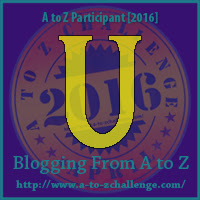 U is for the Unseen.

This is the last week of the A to Z Challenge. Though it's been challenging trying to keep up, it has been an interesting journey these past three weeks, and which now takes us to the letter U.

I have no idea why the word Unseen popped up. Let's go with it then.

Do you believe in the Unseen? The paranormal type I mean.

The ethnic Chinese of Taoist/Buddhist faith, of which this writer is a part of, just the beginning of this month took part in the ritual of tomb-sweeping, i.e., visiting tombs of departed relatives with food, incense, and other related offerings including money and clothes used in the other world.

This is a yearly affair around this time of the year. If you have seen a Chinese Taoist/Buddhist cemetery you would realise that it's very unlike the Christian ones. Chinese cemeteries have that air of 'scariness', or maybe it's just me or maybe it's the culture of belief of the afterlife and ghosts that gives us that feeling that our cemeteries are eerie.

For that reason, I make it a point never to take pictures in a cemetery when I make that annual pilgrimage to my grandparents' graves.

Speaking of taking pictures, I know someone who inadvertently snapped a picture of a ghostly figure appearing next to his friend whose picture was being taken. This took place at a staircase in a popular shopping complex downtown. Not sure if he still has that shot in his phone. That was quite some years ago.

Personally, I haven't had any such encounter. Thank goodness for that. But my roommate at a hotel in Auckland (that's right, New Zealand) had the experience. She saw one the very first night itself. Maybe because 'she' knew my girlfriend saw her, she thought it was ok to 'harass' my girlfriend after that. And she did, on the last night (fourth night) of our stay in this 5-star hotel. We were staying in one of the hotel suites.

(Lesson here - should you see a spirit/ghost, do not maintain eye contact or never let it know that you saw it. Pretend you didn't know it's there. Chances are it will also ignore you.)


I only knew about my roommate's encounter when she told me about it on the morning of the fifth day while we were waiting for our cab to the airport. My friend was not scared one bit. Such a brave lady! I would have asked for a room-change.

Want me to go on?

At dawn of the last morning of our stay, i.e. the fifth morning, I noticed my girlfriend (we slept in separate beds) was groping as if searching for something under the pillow and the sheets. At breakfast, I asked her about it and she said 'someone took off my pullover'.

You see, she had her pullover over a cotton short-sleeved blouse when we retired for the night. But come morning the pullover had been taken off and she suspected the 'thing' did it. Then she revealed that she had seen her the very first night itself. She was writing a postcard to send home. That was about 2AM when she saw a ghostly figure in white with wet long hair coming out from the bathroom. Yikes!

Why wasn't she scared, I asked her. She said she wasn't because she had with her not one but two amulets that her mom gave her.

A little about amulets. Over here, amulets are a part of the Chinese Taoist/Buddhist belief system. They are usually issued from the temple and mostly through a temple medium. He (usually it's a he) goes into a trance in which his body is being taken over by the temple deity and then he hears out anyone with a problem who need a solution. Together with the solution or advice provided (conveyed through a translator) amulets are sometimes issued when the occasion warrants it. I have seen these trance sessions and even been chased once by a medium, but that's for another day.

Back to the hotel episode, here's a tip to ensure a good night's sleep in a 'foreign' environment.

The next time before you retire for the night in a hotel room or in any strange place, do one of the following methods (someone in the know shared) on how to ward off spirits for an undisturbed good night's sleep. 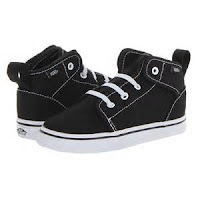 1. Place your footwear each facing opposing directions by your bed. (See images.)

3. Sleep with your underwear at the head of the bed.

Nos. 2 and 3 are probably more for men but I practice the first one all the time - usually more than one pair. Yes, even in Auckland that time. Which explains, you think?

I didn't share it with my roommate because I thought she might think that I was overly superstitious. But you try it the next time you travel. I know it guarantees me a good night's sleep every time. It would too, for you. Tell me about it when you get back.

Posted by HappySurfer at 9:33 PM