For Malaysian football fans, here's something to look forward to.. 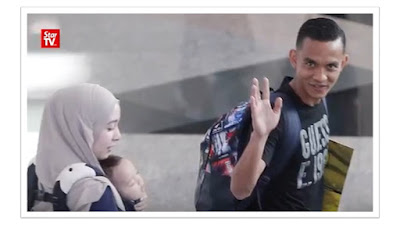 Penang striker Mohd Faiz Subri, his wife and their two sons left for Zurich, Switzerland yesterday morning to attend the FIFA Football Awards gala to be held at 6pm on Jan 9.

Mohd Faiz Subri is one of three finalists vying for the Puskas Award. The other two contenders are Jonathan Marlon Azevedo da Silva of Brazil and Danisuka Rodriguez of Venezuela, the only woman to make the final list.

Theirs are the final three goals in the running for the FIFA Puskás Award 2016, whittled down from the initial shortlist of ten. The goal with the most votes is the winner.

Stay tuned for news of the winner of the Puskas Award (Best Goal of the Year). 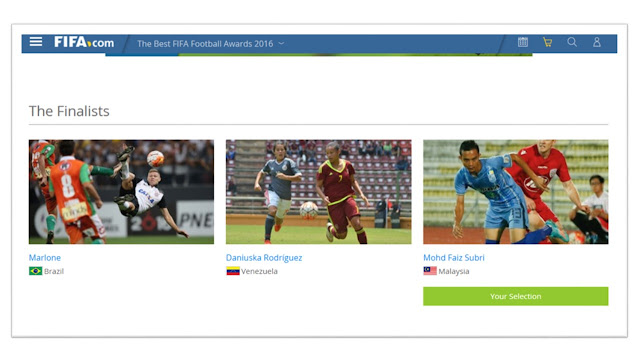 WHATEVER happens in Zurich, Switzerland, on Monday (Tuesday morning here), all Malaysians can be proud of Mohd Faiz Subri.

The winner will be announced at the FIFA Football Awards ceremony in Zurich, Switzerland, on Jan 9.

The Puskas Award was named after legendary Hungarian striker Ferenc Puskas, who won three European Cups with Spanish giants Real Madrid from 1959 to 1966.

Since its introduction in 2009, the award has been won by world famous football stars such as Cristiano Ronaldo, Zlatan Ibrahimovic, Neymar and James Rodriguez. — Bernama