Hush! You could hear a pin drop in Kuala Lumpur..this morning.

Political rallies have such an effect on a city, any city. Kuala Lumpur is no different. Here in the city, almost everything (traffic, business particularly) has come to a standstill, somewhat. The following pictures give an idea of the current situation in Kuala Lumpur today.

On a positive note, these pictures are good in a way they show us parts of the city like a tour sort of and no traffic distraction to mar the view. Enjoy the pictures or rather enjoy Kuala Lumpur in all her quietness. Pictures courtesy of The Star taken this morning, Sat, Jul 9.

Crowd outside the Masjid Jamek LRT station, one of the busiest stations in KL

Very quiet outside of Istana Negara at 10.20am this morning. Istana Negara is the palace of the King, a tourist site. The palace is not shown on the picture but it's on the left. 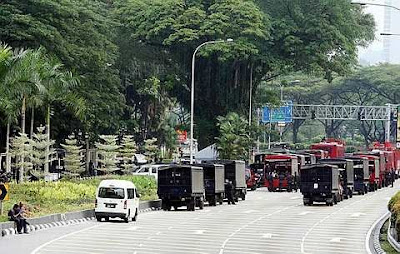 Medan Pasar deserted as at 10.30am. Notice the pre-war shop-buildings on the right. KL started her days from the old tin-mining era and till today, the city has many buildings from that era, maintained and restored for their cultural and historical value. Shops close on Sundays here but the place is teeming with activity with foreign workers out in the city on their day-off. 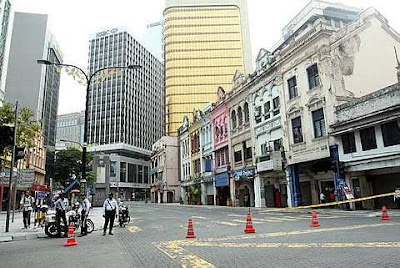 Police being briefed at Stadium Merdeka this morning. This is the stadium where the Bersih rally is to be held at 2pm this afternoon. A little history here from Wikipedia: It was the site of one of Malaysia's most historically significant events. On 31 August 1957, power was transferred from the British Empire to the newly independent Malayan government. Tens of thousands of people crowded into the stadium, which was built specifically for this occasion. 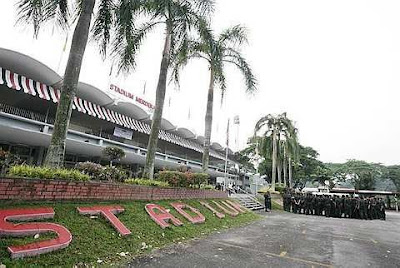 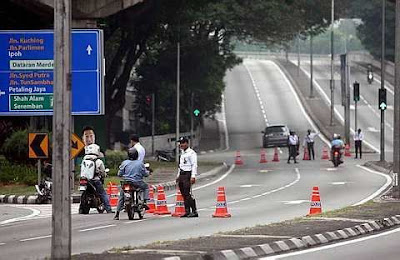 Barbed wire outside Stadium Merdeka. This is the stadium where the Bersih group will assemble at 2.00pm this afternoon. 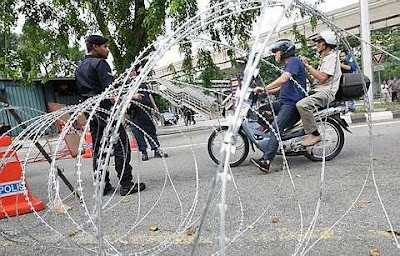 Roadblock at Jalan Maharajalela. The building on the right is Chinese Assembly Hall. This is in a busy part of the city. 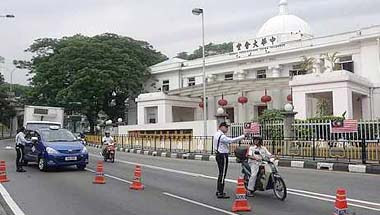 Police on standby at the National Mosque. The mosque is in the background. 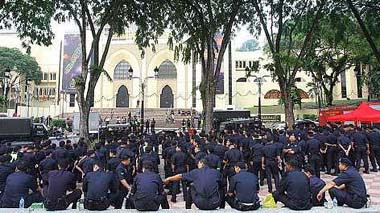 Jalan Tuanku Abdul Rahman almost empty. This is really unusual because this part of the city is never without traffic, both auto and human. The road ahead leads to the city center. The Tune Hotel is within walking distance from here, on the right. 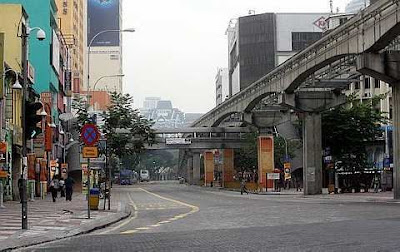 Police personnel at Jalan Tuanku Abdul Rahman. This part of the city has mostly old buildings lining the street. 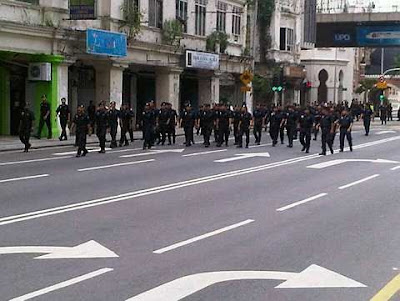 Chow Kit market is almost empty this morning. Chow Kit is a sub-district in central Kuala Lumpur. Its market is the largest wet market and a tourist attraction in Kuala Lumpur. Notice how deserted and devoid of human presence the place is. Business loss in KL is expected to run into millions today. 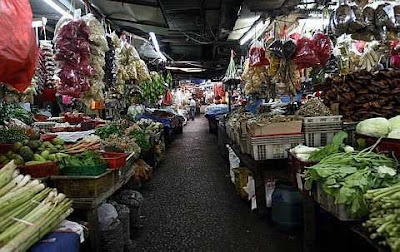 Read also:
Situation in KL after the rally


Source: The Star
Posted by HappySurfer at 12:33 PM