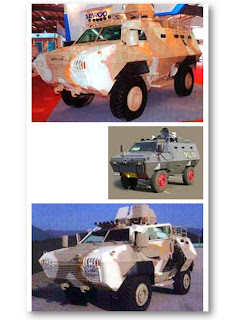 Barracudas will be the mode of transportation for the Malaysian football team who will be playing the Indonesian side in tonight's highly-anticipated football final at the 26th SEA Games.

The game will be held at the Gelora Bung Karno Stadium in Senayan, Central Jakarta.

An anticipated 100 Malaysian supporters will brave 100,000 screaming Indonesian fans to root for Malaysia. Telekom's Team Malaysia will also be part of the cheering squad. The Malaysian team athletes and officials involved in the Games will not be attending the final according to chef-de-mission, Datuk Naim Mohd, who held a briefing for the Malaysian supporters on specific security matters.

Regarding the ride in Barracudas,

Team manager Datuk Hamidin Mohd Amin said the Barracudas were “most inconvenient”. He has asked the organisers to find a better way to transport the team.

“This is the third time that a Malaysian team will be travelling either to or from the stadium in an armoured vehicle. It isn't good for the sport,” said Hamidin.

At the Suzuki Cup AFF Championships 11 months ago, the national team rode to the stadium in the Barracudas due to security concerns.

On Thursday, after beating Indonesia 1-0 in the last Group A match, the national Under-23 team were forced to take the Barracudas back to the hotel to escape a hostile crowd.

Angry Indonesian football fans torched the ticketing booth in Senayan after tickets for today's men's football final between Indonesia and Malaysia were sold out. 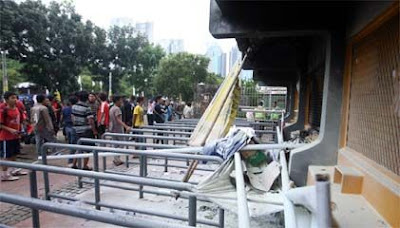 I think it is sad that friendly games are not able to be played in a friendly atmosphere without any form of aggression or violence.