Mr Lee Kuan Yew was the longest-serving Prime Minister in the world. He made Singapore prosperous, modern, efficient and practically corruption-free - and overseas investors flocked in. 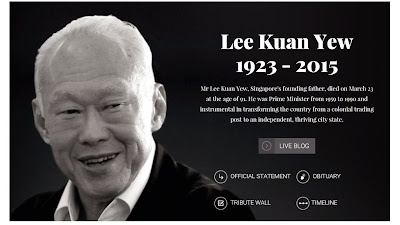 Live Blog
The body of the late Mr Lee will lie in state at Parliament House from 25 March 2015 to 28 March 2015, for the public to pay their respects. 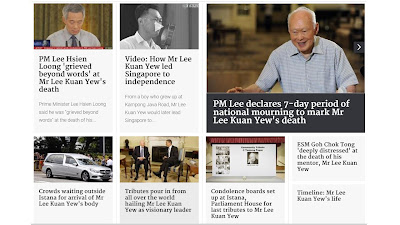 According to the Statement from the Prime Minister's (PMO),

The public can address their condolences and share their memories of the late Mr Lee at the official website: http://www.rememberingleekuanyew.sg 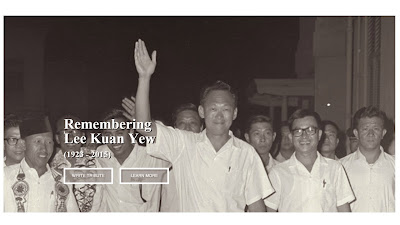 "For reasons of sentiment, I would like part of my ashes to be mixed up with Mama's, and both her ashes and mine put side by side in the columbarium. We were joined in life and I would like our ashes to be joined after this life."
- The Star

Posted by HappySurfer at 2:50 PM