It's World Cup day! Excitement is at fever pitch everywhere even as dawn breaks over South Africa.. 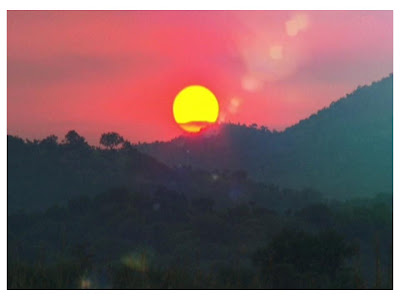 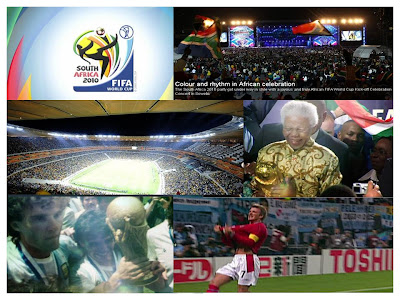 I opened up Google.com a while back and guess what I found. Google is a good source when it comes to commemorating events old and new. The Google icon for today is the FIFA World Cup which incidentally is the day the matches will begin. The first game will start at 10pm, KL time but before that, there is the Opening ceremony which promises to be a show like no other, being held in the continent of Africa for the first time.

The first FIFA World Cup™ on the African continent may be scheduled to kick off on 11 June 2010 but the event began in earnest the night before with the inaugural FIFA World Cup™ Kick-off Celebration Concert.

Billed as the greatest entertainment event to-date in Africa, the concert was staged at Orlando Stadium in Soweto, Johannesburg and featured musical performances by international superstars in collaboration with major African artists, as well as football legends from the past and the present, as well as celebrities from other fields. 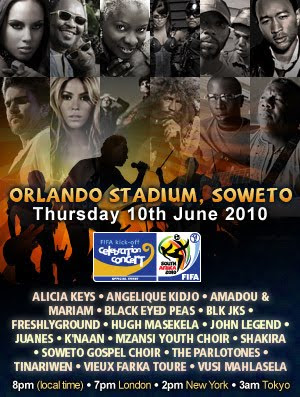 World Cup enthusiasts will no doubt be familiar with the match schedule. Match 1 will be between South Africa (but of course) and Mexico slated to begin at 10pm KL time or right after the opening ceremony.

Here's a screenshot of the matches. Click image to enlarge. 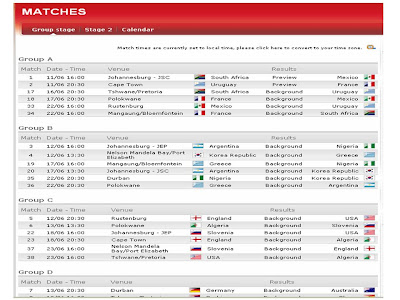 Here's where you can access the complete match schedule.

If you are one of those lucky people attending the Opening and want to know more about ticketing info, this FAQ may be helpful.


Like all events, safety and security are a key concern. FIFA has laid down a number of rules which govern what fans can bring into the 10 stadiums which will host the 2010 FIFA World Cup.

A general list of prohibited items have been listed in the official 2010 FIFA World Cup Fan Guide and signage at the stadiums will remind fans of what they can and cannot bring into the stadium but there are a few other important points that they will have to take note of.

Here is the full list of prohibited items for the stadiums:

* No weapons.
* No bottles, cups, jugs or cans.
* No recording of sound images or footage other than for private use.
* No alcohol or drugs.
* No racist or xenophobic material eg t-shirts or flags.
* No entering the pitch or area around the pitch.
* No banners or flags larger than 2m x 1.5m.
* No promotional or commercial material.
* No umbrellas.
* No motorcycle helmets.
* No food or drink.
* No gas, spray cans, corrosives or anything that could cause fire.
* No fireworks.
* No standing on seats.
* No excessive noise; megaphone, hooters or gas powered horns. Vuvuzelas are allowed. Kuduzelas are not allowed.
* No selling of goods or tickets.
* No animals.
* No transmitting or broadcasting of sound, pictures, descriptions or results of the events via the Internet or other forms of media.
* No objects which could compromise public safety.
* No big objects which cannot be stowed under the seat.

Once inside the stadium there are a few guidelines which fans should follow:


If you're already in South Africa or Cape Town to be precise, and could do with some info going to the opening, this article from the FIFA website, All you need to know about Match Day 1, will be helpful.

For those of us looking forward to watching the Opening live in Kuala Lumpur, quick go on home before 8pm when all that Opening action will begin. The ceremony starts at 2pm local time and Cape Town being GMT+2 or 6 hours behind KL, 8pm is the time you want to be seated in front of your telly.

Btw, if you're on Twitter and are interested in getting short updates and realtime reportings, follow FIFA President, Joseph S. Blatter @seppblatter, for his views and opinions throughout South Africa 2010.


Source: FiFA.com
Posted by HappySurfer at 10:23 AM