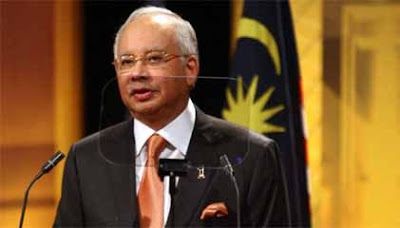 Certainly a big step in the right direction for Malaysia as the country celebrates Malaysia Day today, September 16.

KUALA LUMPUR: Several draconian laws including the ISA and the three Emergency proclamations are to be repealed under major civil liberty reforms announced by Prime Minister Datuk Seri Najib Tun Razak on Thursday.

The legislation, introduced in 1960 in the wake of an armed insurgency by Communist rebels, gives the police wide-ranging powers to detain suspects indefinitely.

It will be replaced by a new law that incorporates far more judicial oversight and limits the powers of the police to detain suspect for preventive reasons.

37 people are currently being held under the ISA. There will be a six-month transition period while the new laws are introduced, after which their cases will be considered under the new legislation.

*Total repeal of the Emergency Ordinance

Introduced following race riots in 1969, the Emergency Ordinance, which allows suspects to be detained without charge for up to two years if permission is granted by a Minister.

This too will be replaced by a law that will not compromise on national security and terrorism while increasing democratic accountability and judicial oversight.

*Removal of annual renewal of press and publication permits

All licences will now remain valid indefinitely unless they are revoked, in common with broadcasting regulations in many Western nations.

*Government to review Section 27 of the Police Act 1967

The Malaysian constitution guarantees the right to freedom of peaceful assembly. The law requires police permission before gatherings can go ahead, including on private land such as stadiums. This law will now be reviewed to bring Malaysia in line with international standards while ensuring that the police retain the power to prevent violent scenes on the nation's streets.

A host of other laws, including those governing banishment and residence, will also be abolished or reviewed. Any law found to be no longer relevant or justifiable will be repealed.


Source: The Star
Posted by HappySurfer at 12:26 AM

Email ThisBlogThis!Share to TwitterShare to FacebookShare to Pinterest
Labels: Politics