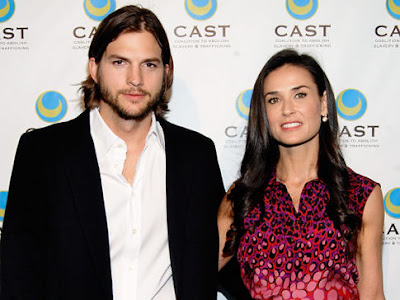 The 33-year-old actor and his wife of six years, Demi Moore, 48, have reportedly been living apart for months as rumors claim they're about to embark in an estimated $290 million divorce battle.

"Ashton and Demi have separated and the marriage is over," a source close to the couple told Star magazine. "The relationship ended because of Ashton's serial cheating. It's a painful time for Demi."
More on Ashton Kutcher cheating on Demi Moore? Couple facing divorce rumors as other woman comes forward - nydailynews.com

Related article:
Ashton and Demi, in Tweets
Posted by HappySurfer at 10:13 AM