From one mode of transportation, the KL monorail, to another here.. to beat the traffic congestion, taking the Komuter train is another way of getting to and from work for those who live in an area where this train service is available. Unfortunately, this train service leaves much to be desired with the breakdowns and their not keeping to the schedules. Getting to work or classes late may be a daily consequence for some.

The good news is, KTM has bought 38 new six-car train sets (SCS) and the first set of SCS is scheduled to arrive at Port Klang on Sept 25. Another five more sets will be delivered between November and December, while the remaining 32 are scheduled to be delivered in stages from January to June 2012.

Below is a picture of the new six-car train set put up by KTM at KL Sentral for public display. Called My Komuter, the train has a design speed of 140km per hour and an operating speed of 120km per hour. 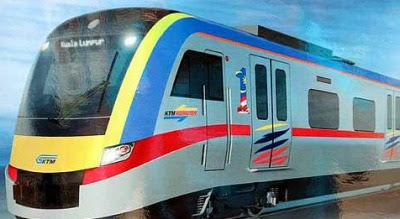 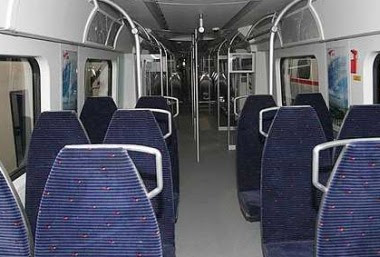 There are also "women only" coaches.


Source: The Star
Posted by HappySurfer at 3:18 PM