A milestone for South Africa. A new item of interest for numismatists.

Nelson Mandela's face will feature on all South Africa's bank notes to honour the former president's role in fighting apartheid - a befitting tribute to a man who became a symbol of this country's struggle for freedom, human rights and democracy, President Jacob Zuma said on Saturday. 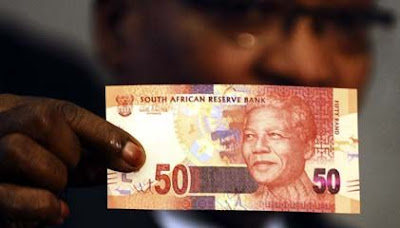 The new notes will be in circulation by the end of the year. Nelson Mandela became South Africa's first democratically-elected president in 1994.

According to reports, the frail 93-year-old has not been seen in public since the closing ceremony of the Soccer World Cup in Johannesburg in July 2010.