If you are heading to Thailand, you may want to be alerted on possible violent incidents in the country following Tuesday's bomb blasts around Soi Sukhumvit 71 in Bangkok.

In a latest development, four more countries, Italy, Norway, Israel and Taiwan, have issued warnings to their citizens in Thailand to be aware of possible violent incidents in the country.

The suspects involved in Tuesday's multiple bombings in Bangkok were part of the same network of terror involved in bomb incidents in India and Georgia earlier this week, according to Itzhak Shoham, Israeli ambassador to Thailand.
More..Bombers 'part of terror group' 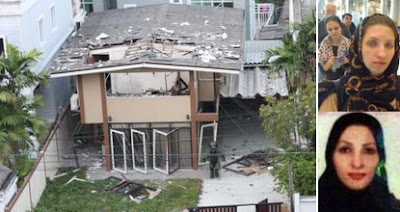 Posted by HappySurfer at 2:18 PM