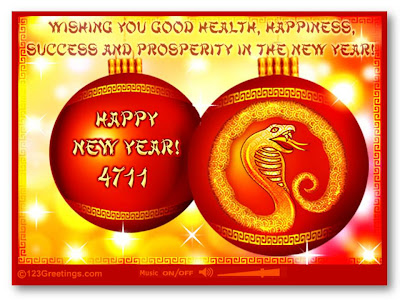 It is a fine day this Renri, Human day. Legend has it that if the weather on Renri is fine, it can be forecast that God will grant good luck to all people on earth. Fireworks and Hua Pao (花炮) are lit, so Renri celebrates the "birthday" of fire as well. (Wikipedia) 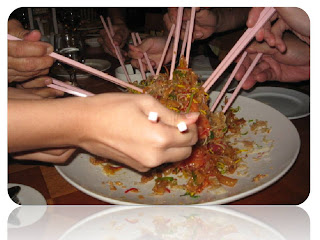 Here in Malaysia and Singapore, Chinese restaurants would be fully-booked as it is an auspicious day to 'lou sang' with family and friends. People get together to toss the colorful raw fish salad, yee sang or yusheng in Mandarin, and make wishes for continued wealth and prosperity.

Families continue to visit relatives and friends bringing with them Mandarin oranges (at least) and other goodies in a tradition of fostering goodwill and family ties. It is customary for gifts to be exchanged especially the Mandarin oranges. Children are happiest collecting hongbao or gifts of money in red envelopes.