Today is the Fifth day of Chinese New Year. 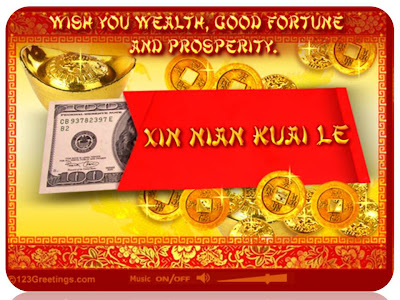 The Fifth day of the Chinese New Year is known as the Festival of Po Wu (“Po” means breaking). According to tradition, it is believed that many taboos can be broken on this day thus named Festival of Po Wu (破五). Traditionally, this is the day when trash collected over the past four days can now be disposed of but not sure if this is still practised today.

Businesses traditionally re-open on Po Wu, and many shop owners and business people set off firecrackers to ensure good fortune for the new year. Lion dance performances are also held to usher in good tidings.

The Fifth day is also to welcome the God of Wealth (it is also his birthday) and food offerings are laid out to welcome him. Visits to friends and colleagues are resumed although many prefer to stay at home for fear they might miss the visit from the God of Wealth.

On this Fifth day, people make it a point to eat dumplings (Jiaozhi) as dumplings are shaped like ancient Chinese gold ingots thus eating dumplings is believed to bring wealth and prosperity.

The Fifth day is believed to be the birthday of Ox/Cattle.


By the way, for those of us who are still not tired of Psy and his Gangnam Style, here is a video of his performance in Penang on the second day of Chinese New Year. Enjoy!

Posted by HappySurfer at 3:08 PM