Tonight, Malaysia's iconic PETRONAS Twin Towers will be lit up in blue joining other famous landmarks around the world in marking the 70th anniversary of the United Nations. 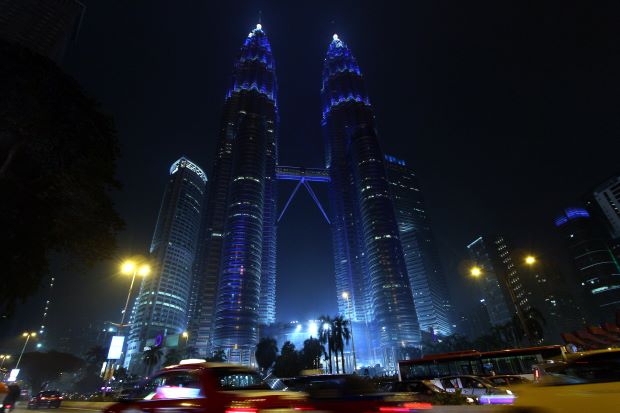 Apart from the Kuala Lumpur landmark, other structures taking part in the event include the Sydney Opera House, the Paris Eiffel Tower and the Empire State Building in New York.

United Nations was established on 24 October, 1945, after World War II in order to prevent another such conflict.

At its founding, the UN had 51 member states; there are now 193 according to Wikipedia. The headquarters of the United Nations is in Manhattan, New York City

Posted by HappySurfer at 6:32 PM