10 Dangerous Everyday Things in Your Home

We have known that chemicals are bad for health. They are toxic and dangerous. Scientists have realized that chemicals found in a wide variety of the goods we use every day may be more toxic than previously thought.

Where are these toxins coming from and what can we do about it? Here are 10 of the most common products that people are starting to think twice about bringing into their houses. 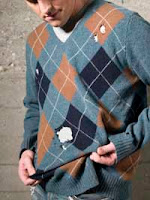 10. Mothballs
Mothballs emit one of the most distinctive and unpleasant household scents. Since moths will chew holes through clothing or other textiles, people pack away these stinky repellents to kill any moths that attempt to. But as they convert from a solid to a gas, you do not want to inhale too much of it. The U.S. Environmental Protection Agency even requires mothball manufacturers to include a warning on packaging to "avoid breathing in the vapors."

9. Pesticides
According to the National Pesticide Telecommunications Network, 90 percent of households in the United States use some form of pesticides [source: NPTC]. Pesticide is a broad term that encompasses a variety of chemical formulas that kill everything from tiny microorganisms up to rodents. They could be insecticides, fungicides, disinfectants or other varieties. Because these are poisons, the U.S. EPA requires pesticide manufacturers to include the toxicity level of the product on its packaging. 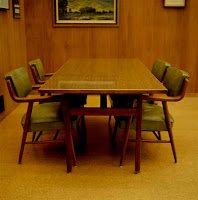 8. Pressed Wood Products
If you catch a couple episodes of "The Brady Bunch," you can see pressed wood paneling at the height of its splendor. This faux wood is like the hotdog of timber products, taking bits and pieces of logs and whatnot and combining them together. Pressed wood products also include particle board, fiberboard and insulation, which were particularly popular for home construction in the 1970s. 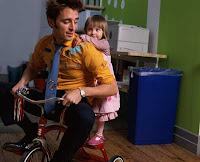 6. Laser Printers Chemicals
A 2007 study from the Queensland University of Technology in Australia found that some laser printers give off ultra fine particles that could cause serious health problems [source: He, Morawaska and Taplin]. Another study from the National Institute of Public Health also confirmed that laser and ink-jet printers can release volatile organic compounds (VOCs) and ozone particulates [source: Kagi et al].

5. Lead Paint
In 1991, the U.S. government declared lead to be the greatest environmental threat to children [source: EPA]. Not a big surprise considering the nasty effects that lead exposure can have on adults and children alike. Even low concentrations can cause problems with your central nervous system, brain, blood cells and kidneys [source: EPA]. It's particularly threatening for fetuses, babies and children, because of potential developmental disorders.

4. Air Fresheners and Cleaning Solutions
Air fresheners and cleaning solutions freshen and sanitize our indoor habitats. However, a study by the University of California at Berkeley found that when used excessively or in a small, unventilated area, these products release toxic levels of pollutants.

3. Baby Bottles and BPA
Canada has taken the first steps to outlaw the sale of baby bottles made from polycarbonate plastics, which are the most common type on the market. It has done so because the plastics are made with a chemical called bisphenol-a (BPA). When heated, these types of baby bottles can release BPA.

2. Flame Retardants
Commonly used in mattresses, upholstery, television and computer casings and circuit boards, flame retardants have likely saved many lives by preventing unexpected fires in homes across the world. However, science has revealed a dark­er side to these chemical superheroes, called polybrominated diphenyl ethers, or PBDEs for short, found in a variety of consumer plastics. Two forms of PBDEs were phased out of use in manufacturing in the United States in 2004 because of related health threats [source: CDC]. However, the products containing them and their cousin deca-PBDE linger on.

1. Cosmetic Phthalates
Forget about bat poop in mascara. There's another icky ingredient that could be floating around in your favorite beauty products. Phthalates, also called plasticizers, go into many products dotted around your bathroom and vanity, including hair spray, shampoos, fragrances, deodorants and even your rubber ducky. Along with increasing the durability and flexibility of plastics, phthalates also bind the color and fragrance in cosmetic products.

There you have it, all 10 dangerous everyday things in your home compiled by HowStuffWorks. Visit the site for more details.
Posted by HappySurfer at 12:32 PM