Malaysia has a new King today

The picture below shows the Sultan of Kedah, Sultan Abdul Halim Mu'adzam Shah, arriving in Kuala Lumpur this morning for a swearing-in ceremony as the 14th Yang di-Pertuan Agong. 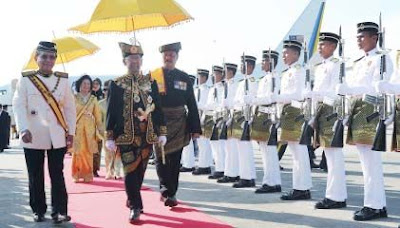 For the first installation in Kuala Lumpur in 1970, the King boarded a three-coach royal train, which had been specially scheduled by Keretapi Tanah Melayu.

The royal couple then proceeded to Parliament Square in Kuala Lumpur for a royal welcoming ceremony.

The 84-year-old Sultan of Kedah, has been elected the 14th Yang di-Pertuan Agong for a five-year period effective Tuesday, at the Meeting of the Conference of Rulers on Oct 14. At 84, Malaysia's new king is the oldest constitutional monarch in the nation's history. He succeeds Sultan Mizan Zainal Abidin, 49, one of Malaysia's youngest kings. Sultan Mizan is Sultan of Terengganu. Incoming (left) King and outgoing King. Yang di-Pertuan Agong is the term we use for the King.

This is the second time Tuanku Abdul Halim was elected as the Yang di-Pertuan Agong, the first time being on Sept 21, 1970. 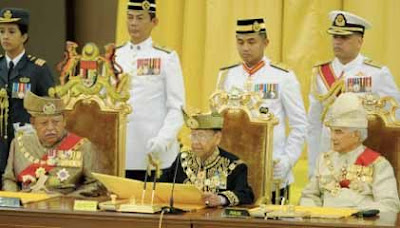 The Keeper of the Rulers' Seal, Datuk Syed Danial Syed Ahmad, presented the instrument of office to Tuanku Abdul Halim, who was in a Kedah royal attire called Sikap consisting of a short jacket with a high collar, tenggolok (headdress), long pants, sampin, bengkung (cummerband) and complete with a keris (Malay dagger).

- Steeped in pomp and ceremony 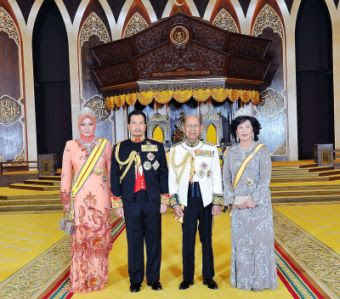 - Role model for the nation

- Much beloved by the people

- Monarchy made in Malaysia

A meeting of the Conference of Rulers held at Istana Negara on Nov 1. - Bernamapic
- The royal family 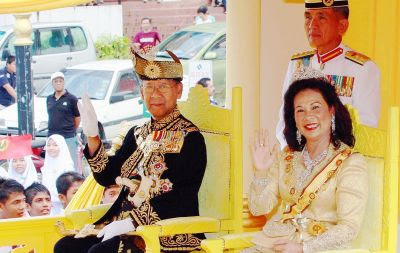 - Revered and held in high esteem 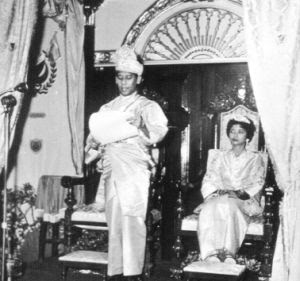 A young Tuanku Abdul Halim and the late Tuanku Bahiyah Almarhum Tuanku Abdul Rahman at the installation ceremony as the 27th Sultan of Kedah and Sultanah of Kedah in a ceremony held at Istana Balai Besar in Alor Setar on 20th February 1959. – Pic courtesy of Istana Anak Bukit

All images are from The Star