Part 1 - A Visit to Malacca, a UNESCO World Heritage Site

It has been some years since our last visit to Malacca, so the family (siblings, their family and mom) decided to make a short trip south to the UNESCO World Heritage Site, the historical city of Malacca.

So, bright and early on a beautiful Thursday morning saw us setting out on our road-trip to Malacca. This shot was taken along the North-South Expressway in the Cheras area. The giant tap (at bottom left) always catches my attention every time I pass by it. 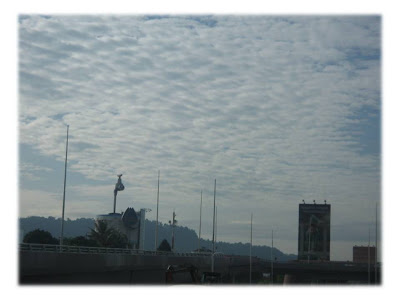 By road, Malacca is a short two-hour drive from Kuala Lumpur.

We had a reservation at Mahkota Hotel Malacca 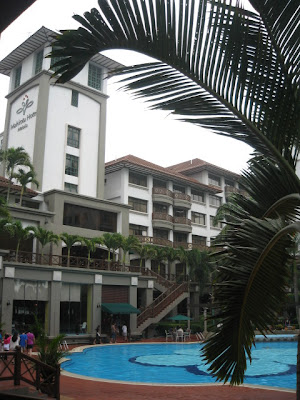 and since we had plenty of time before the 3pm check-in time, we thought we would take a slow drive using the country trunk road instead of taking the North-South Expressway, so we turned towards Kajang, a small town just south of KL famous for satay, a dish of marinated, skewered and grilled meat, served with peanut sauce.

Malaysian highways are well-paved and great for driving. Even the country trunk roads are just as well-paved 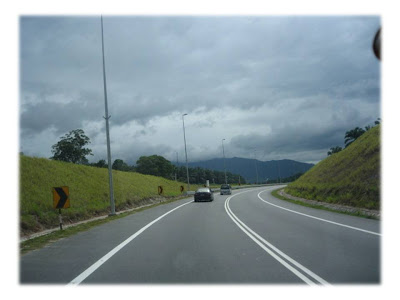 and make for a pleasant country drive passing by villages (we call kampong) with pretty traditional kampong homes with fruit trees all around and palm oil plantations along the way like the one in the picture below. 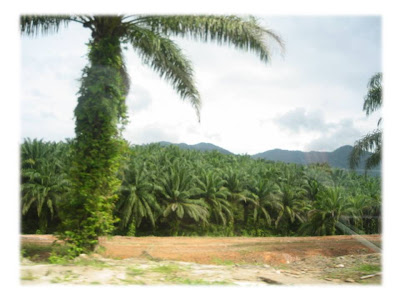 Palm oil plantations are a common sight along our highways. Malaysia still has wide areas of unutilised forest land further inland and away from towns and cities and which are being converted to palm oil plantations. Rubber and palm oil are two main agricultural products in Malaysia.

On Malaysian highway, we have primarily two speed limits - some stretches cap at 90km/hour, others at 110km/hour. Because of the good road conditions, road-users are prone to exceeding the speed limit and do sometimes end up in bad accidents. We encountered a really bad accident going to Malacca - even on the country trunk road! It was so bad that traffic wasn't moving at all and together with some other vehicles, we diverted to another route going through a small kampong coming out near Rembau.

More pictures taken along the way..

Coconut trees are a common sight here in Malaysia and more so on the outskirts. These coconut trees are fronting what looks like a tall very white building if you look close enough. 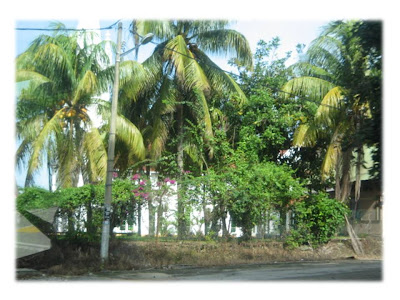 It turns out to be a magnificent-looking church.. 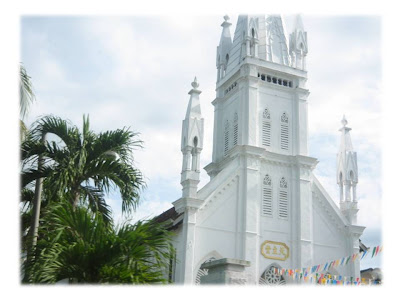 Towns in Malaysia have a somewhat similar look when it comes to the general architecture. This town is no different - with the rows of pre-war shophouses which make up the commercial centre of a town. Small towns with just one main street are still pretty common in this country. 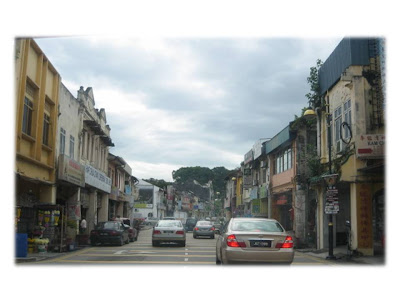 The law has finally caught up with excessive ad banners indiscriminately located all over town, even in smaller towns. We saw town council uniformed men removing banners along a stretch of banner-filled street and they were coming fast for these banners. 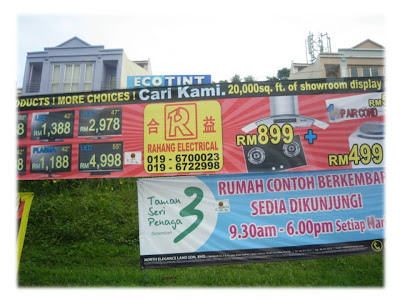 Here is another church, more like a cathedral, we passed by. This one was built in 1948 unless I read it incorrectly. 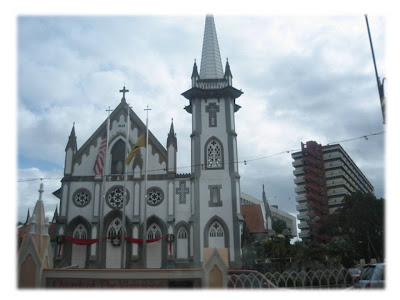 Our police stations have a standard white-and-blue theme. Here is one of them. Our friendly police officer is spotted taking a smoke break. Only realised he is in the picture afterwards. 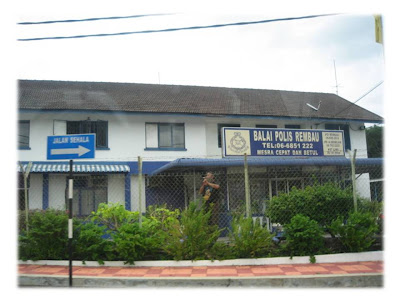 This one is part of a government building. 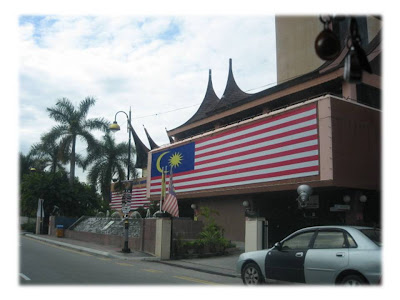 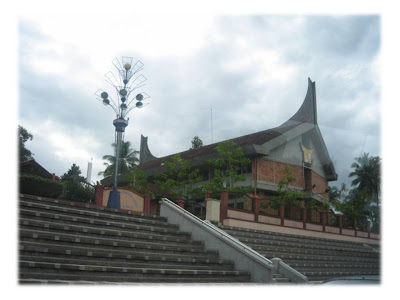 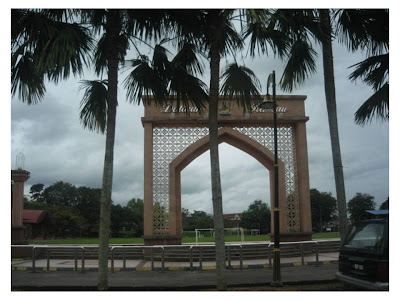