Latest on the H1N1 situation in Malaysia - July 29

H1N1 flu virus may be just another flu strain, nevertheless it should not be taken lightly. What is the latest situation in Malaysia then?

A third death has been reported three days ago signalling a worsening of the situation in the country. It is the first influenza A (H1N1)-related death from a local transmission.

The 42-year-old man, who died on Monday, is the third victim to have died from the flu. The two earlier deaths were linked to imported cases. The two were a 46-year-old Malaysian man, who had worked in Belgium and died last Sunday and a 30-year-old Islamic finance student from Indonesia who died on July 21.

All private clinics and hospitals have been directed by the Health Ministry to be vigilant and be on high alert as well as to have Tamiflu, the anti-viral drug, to handle the H1N1 cases. Anyone having flu and cough to take it seriously, said the Health Minister, Datuk Seri Liow Tiong Lai . He advised the public to wear a mask, take care of personal hygiene and try to practice social distancing if you are having sore throat and cough. 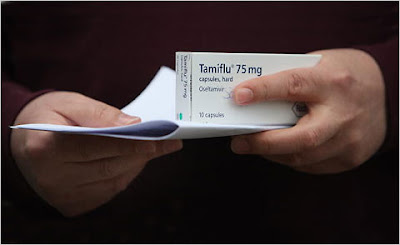 “Wash your hands when you shake hands; cover your mouth when you cough. “I know it sounds trivial, but it makes a huge difference. If you are sick, stay home. If your child is sick, keep them out of school. If you are feeling certain flu symptoms, don’t get on an airplane, don’t get on a — any system of public transportation where you’re confined and you could potentially spread the virus. You can read article here.

Meanwhile on the local front, more closures have been ordered - Schools, colleges and NS camp have been closed. In Kuala Lumpur, Universiti Putra Ma-laysia will start their mid-term break today, two weeks earlier than scheduled. This is to control the spread of the virus among its students as four students have tested positive for the virus so far.


Worldwide, the H1N1 flu situation is not getting better..

- New Zealand has been hard hit by swine flu, with 2,662 confirmed cases reported, including 14 deaths.

- Israel has suffered its first death in the global swine flu epidemic.

- It has hit the United States harder than anywhere else, having likely infected more than 1 million Americans.

There have been 302 deaths and nearly 44,000 laboratory-identified cases in the United States, according to numbers released by the Centers for Disease Control and Prevention. So far, most of those who have died from it in the United States have had other health problems, such as asthma.

Health experts believe that because the swine flu virus is new, most people haven't developed an immunity to it. The virus has caused an unusual number of serious illnesses in teens and young adults, unlike the seasonal flu, which is usually most dangerous to the elderly and very young children.

Here's an insight into what's it like catching the flu in Beijing.


Hope you are still moving ahead with your plan to vacation in Malaysia. This is the time where Malaysia plays host to holiday makers and this year is no different. The streets are bustling and hotels are fully-booked. This is the time of the Mega Sale Carnival afterall. Welcome to Malaysia!
Posted by HappySurfer at 3:06 PM