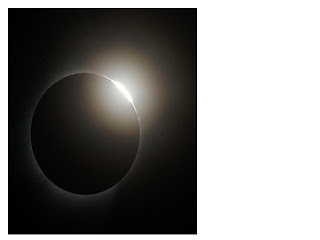 We may be advised not to be exposed to the eclipse tomorrow morning, all is not lost however. For those who would like to watch the eclipse, you will be able to view the live webcasts of the eclipse through these two websites:

Read article from The Star:

However, it would be difficult to view the phenomenon with naked eyes as only 17.8% of the sun would be obscured by the moon, head of Angkasa space science research unit Mhd Fairos Asillam said.

The northern part of Peninsular Malaysia would be the best place to observe the eclipse, he said in a statement.

The total solar eclipse, which would last for six minutes and 39 seconds, would pass through Ryuku Islands in Japan and through the Pacific Ocean, he said.

Mhd Fairos said Angkasa, the national space agency, would sent three officers to carry our research and take data as well as images of the eclipse in Jinshan, Shanghai, China.

Malaysians would be able view the live webcasts of the eclipse through the websites www.exploratorium.edu/eclipse/2009/index.html, www.saros.org/index.html and www.eclipsetv.com.