Friday Frolics - What Kind of Storm Are You?

We've been having a fair bit of rain here in Kuala Lumpur or rather in the Klang Valley lately. Can't say that's a bad thing, far from it. For one, no chance for water rationing to rear its ugly head again and, we could do with some reprieve from the 'heat of summer'. heheh!!

If you are guessing this week's Personality Quiz is about the weather, you are right.

If you were a Storm, what kind of Storm do you think you are? Take the quiz below to find out.

What Kind of Storm Are You?
Lots of them - Fun, Free Quizzes!
Last Week's Quiz: The Soap Bubble Test

A story on The Star a couple of days ago made me smile. Any story of a Mat Salleh (foreigner) who loves durians is a good story to tell, yes?

Meet Gabriel Granback. It was love at first bite for this Swedish student when he first tasted durian two weeks ago at Balik Pulau in Penang, the place touted for having the best durians in Malaysia. 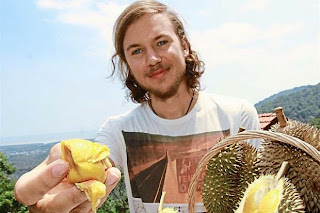 The 23-year-old loves the fruit so much that he can consume about 10 durians a day either for breakfast, lunch or dinner.

Let's hear what he has to say.

“I first tasted durians in Thailand. I thought it was really good. Later, I did some research on the Internet and found out that in Malaysia, the best durians come from Penang.

“The durians here are on another level. The smell and taste are sensational and they cannot be found in Thailand.

“The taste is like a creamy vanilla fudge with chocolate. I could have it for breakfast, lunch, and dinner as well,” said Granback, a first-time visitor to Penang.


Am I glad Malaysian durians are back in season! Yay!

.. and a quiz..What Tropical Fruit Are You?

Posted by HappySurfer at 2:50 PM 3 comments: 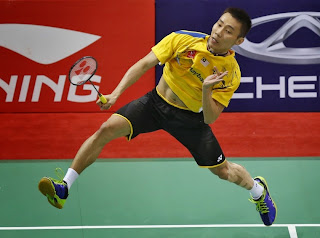 From football to badminton, Malaysians will be able to view this evening the live telecast of the Thomas Cup Finals to be held at the Siri Fort Stadium in New Delhi, India.

Malaysia beat badminton powerhouse Indonesia 3-0 to secure a spot in the Thomas Cup finals after a 12-year-long dry spell.

On the other side of the court in the Finals will be Japan who also beat another powerhouse, Asian giant China also with a scoreline of 3-0.

Radio Television Malaysia (RTM) will broadcast the Thomas Cup final between Malaysia and Japan in New Delhi from 5.30pm today. It'll be on Astro too, of course.

You can also catch the action on your mobile device available for free on Arena Channel via Astro-on-the-go app. You can download the app from the Apple App store and Google Play store or access it via web on onthego.astro.com.my.

Malaysia last reached the final in 2002 in Guangzhou, China but lost 2-3 to Indonesia.


Image source: Malaymail
Posted by HappySurfer at 8:28 AM 3 comments:

It's Real Madrid, Winners of UEFA Champions League 2014 for the 10th time.  Heartbreak for Diego Simeone's side who suffered their first defeat in this season's competition agonizingly at the final hurdle. 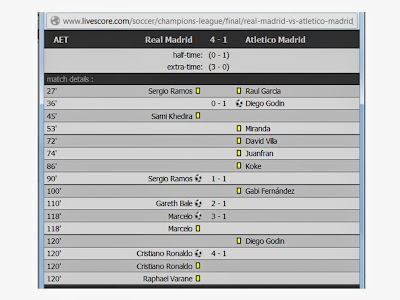 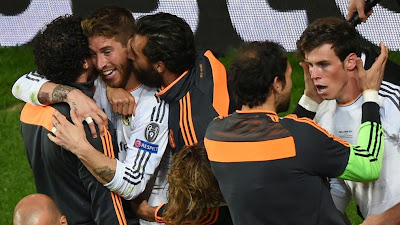 And more pictures to tell the tale.. 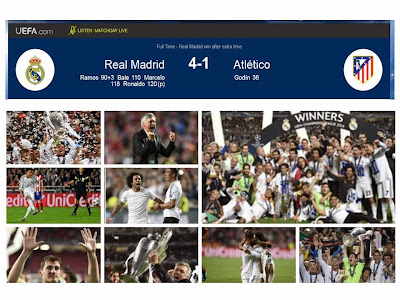 Here you'll find more pictures of the celebration - Winners Real Madrid at the UEFA Champions League Finals 2014 held in Lisbon, Portugal. And certainly one for the album. 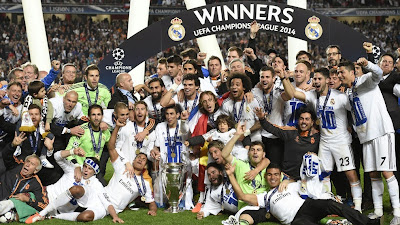 
See you in Brazil for the World Cup!

Posted by HappySurfer at 7:23 AM No comments:

I was late last Friday, so I thought I'd be early (somewhat) this week.

Let's play with bubbles this week.. 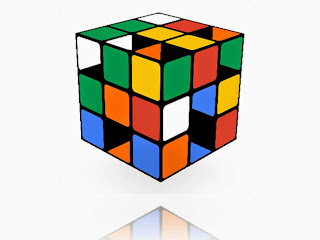 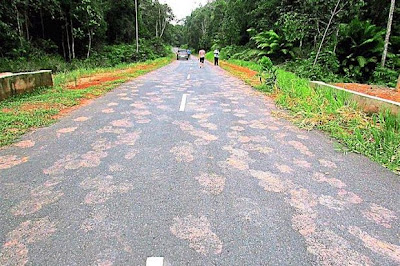 Posted by HappySurfer at 1:10 PM 3 comments: 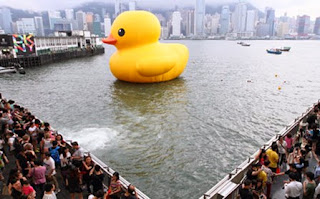 Due to time constraint, a friend who just came back from Ho Chi Minh (Saigon) missed visiting the huge world largest Rubber Duck display at the Ban Nguyet (Crescent) Lake in District 7. The art installation has been on display since April 27 and will run until May 31.

A little about this Rubber Duck. It is designed by Dutch artist Florentijn Hofman with the intention of "Spreading joy around the World". Started in 2007, Rubber Duck has travelled to many countries around the world including Australia (Sydney), Hong Kong , China (Beijing), the US (Pittsburg), Japan (Osaka and Onomichi), Brazil (Sao Paolo), New Zealand (Auckland), France (Saint Nazaire) and Azerbaijan (Baku). HCM City will be the 16th venue where it is displayed.

Hofman once said in an interview that he wanted to remind people around the world of their childhood memories with the world exhibition of his work. Have you been to one of the displays?

Hey look! There's even a personality quiz relating to the rubber duckie. Let's do it!

Posted by HappySurfer at 8:18 PM 5 comments:

I thought some Buddha quotes would be good on this Wesak Day, incidentally, it is on May 13 this year.  For Malaysians, this day is a part of our history for on this day, in 1969, many in Kuala Lumpur perished as a result of a supposed racial riot. But that's for another day.

On this day of peace and Buddhist celebration, I wish You and Your Family well. (And Wesak Day is a National Holiday.. Yay!) 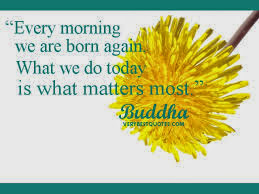 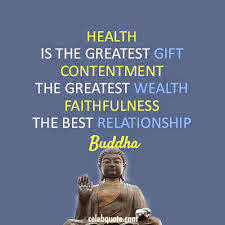 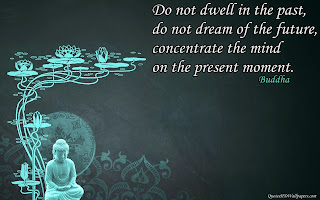 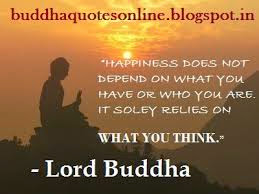 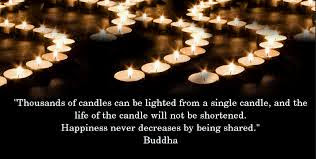 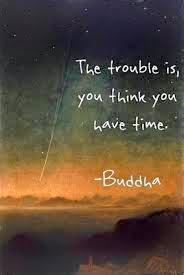 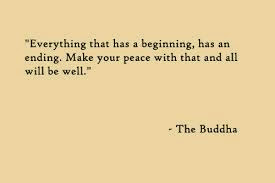 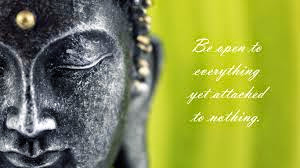 Posted by HappySurfer at 1:13 PM 7 comments: 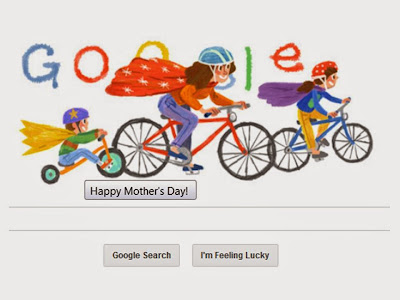 Mother's Day is a celebration honouring mothers and motherhood, maternal bonds, and the influence of mothers in society. It is celebrated on various days in many parts of the world, most commonly in spring. (e.g., April–May in the northern hemisphere, October in Argentina, but northern hemisphere spring, May, in Australia).

Malaysia celebrates Mother's Day today this year.  How are you celebrating it with your mother?

Email ThisBlogThis!Share to TwitterShare to FacebookShare to Pinterest
Labels: greetings

Answer three simple questions in this week's personality quiz and see what it says about you. Go on, do it!

Nope! I don't think fashion is silly. On the contrary.. 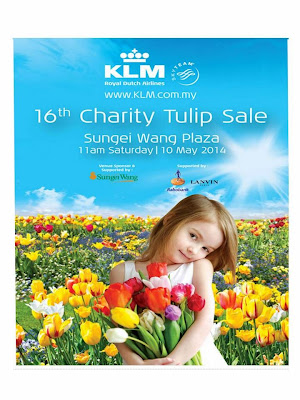 3,800 stalks of fresh tulips in a variety of colours will be flown by the airlines in time for Mother's Day the following day, May 11th.

The sale will be at Sungei Wang Plaza, Concourse Level, 11:00 am onwards (while stock lasts).
Each tulip is priced at RM5 per stalk. Hand-pick a bouquet for your mom.. 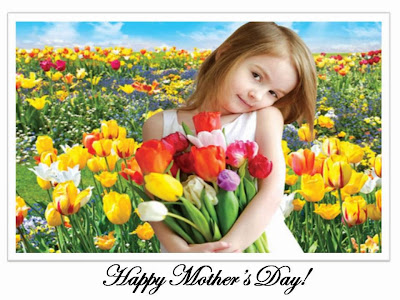 Posted by HappySurfer at 4:56 PM 3 comments: 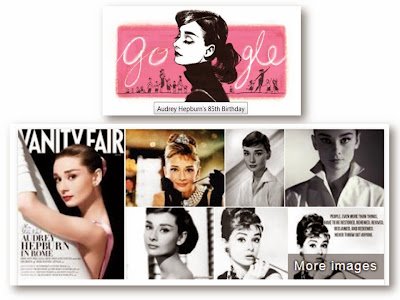 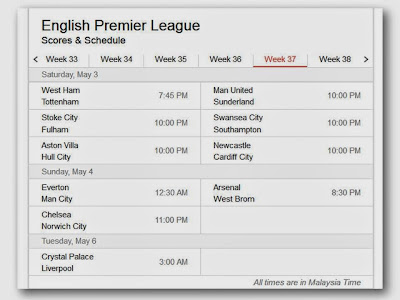 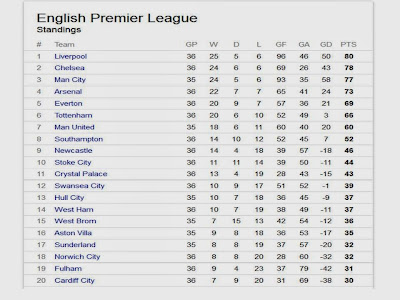 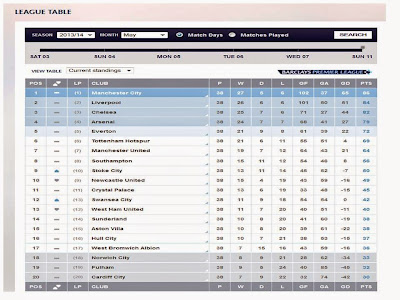 Posted by HappySurfer at 6:28 PM 2 comments: 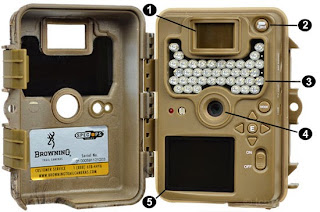 In an earlier post, we learned about how to prolong lifespan of our camera battery. Today, I stumbled upon a different kind of camera, the game and trail camera.

These are cameras that are used to track animals in the wild mostly for research. If you are in the market for such a camera for your farm or other purpose, go check out game and trail cameras at www.trailcampro.com. If you are a first time buyer, you will find their first time buyer guide useful. Other buying guides are also available to enhance your shopping experience.

Posted by HappySurfer at 9:08 PM No comments:

Email ThisBlogThis!Share to TwitterShare to FacebookShare to Pinterest
Labels: cameras

Another easy quiz this week.

Yay! Water-rationing has been taken off! Hope it stays that way, foreverrr!


Last Week's quiz - What Pattern Is Your Brain?

Posted by HappySurfer at 5:00 PM 3 comments: