I've started work early this week but since it's still Chinese New Year, and the fast pace has not caught up yet, thought I'd pick a really easy personality quiz today. Find out what your choice of modern chair says about you.

Incidentally, today is the 9th day of the Chinese New Year. No, I didn't hear the sound of firecrackers last night but lots of fireworks past midnight.

Happy Friday, everyone! And if this is your first visit here in the new year of the Goat, Happy Chinese New Year.

Happy Birthday on this 7th Day of the Lunar New Year 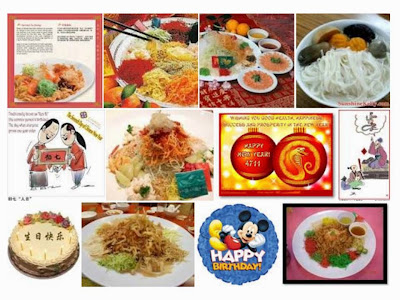 Read more about the 7th Day and what people do on this day.

No, we are not done with the Chinese New Year celebration just yet. Remember this is a 15-day festival and we are only at the halfway mark. Some of us yum-seng (toast to success) and lo-hei (Prosperity Toss) every day of the celebration until the very last day, i.e., on the 15th day, which falls on March 5.

Enjoy while the night is still young.. :D 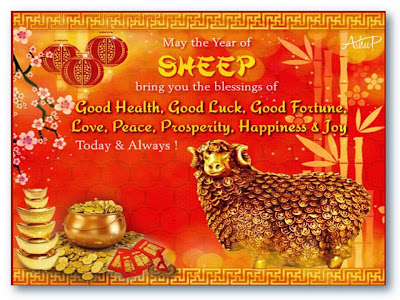 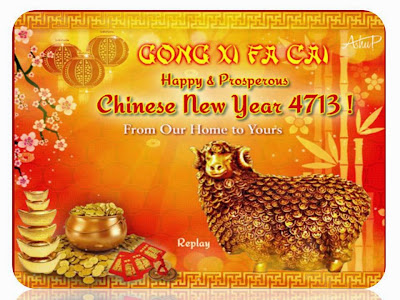 .. and safe travels too.

Good days to start work in 2015 after Chinese New Year

The Spring Festival or more commonly known in this part of the world as the Chinese New Year is just days away - 1st day of the 15-day celebration begins on the 19th.

Some would have already called it a year and have started their trip back to their hometown over the weekend. Some are still not sure when to commence work after the long holiday.

If you are someone who sort of is concerned about starting the new year on the right footing (who doesn't anyway), here's a guide on good days or auspicious dates to start work after Chinese New Year.

That chart below provides not only the dates but the best timing as well, together with info on which animal to avoid which day.

I don't have info for best colour(s) to wear this year but I remember reading that red is the colour this year but then again, red is THE colour for Chinese New Year. You won't go wrong wearing red, right down to the unmentionables. :D 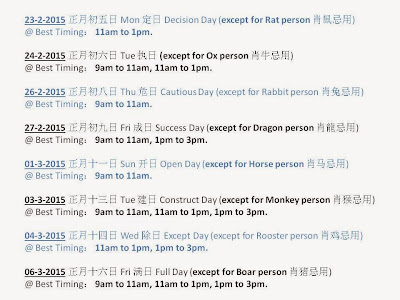 Posted by HappySurfer at 5:15 PM No comments:

When there is love in your heart, everyday is Valentine's Day; but today is special, so 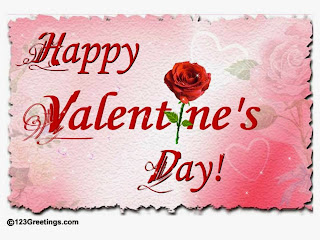 Do colours play a part in Feng Shui? I've read an opinion from a Feng Shui expert saying no, it does not. What you do you think or know? Share your comments with our readers below.

But in the meantime, if you think colours influence us or perhaps character determines colour, then you can find out what IS your Feng Shui colour in this week's quiz.

On a different note, we are less than two weeks, or 13 days rather to the Chinese New Year, the year of the Ram or Goat, which reminds me I've not had the time to put together info (as promised) on best day(s) to start work in the new year. Don't you sometimes wish there are more than 24 hours in a day!

No matter, have yourself a lovely, lovely Friday ahead and a wonderful weekend whatever you're doing. Life is about experiences..

Calling rock fans, this is one concert you may not want to miss.

Slash will be in town this Valentine's Day. The Slash World On Fire Featuring Myles Kennedy and The Conspirators Live in Malaysia 2015 concert is the only South-East Asian stop in the band’s current world tour - Myles Kennedy (of Alter Bridge) on lead vocals, Frank Sidoris on rhythm guitar, Todd Kerns on bass, and Brent Fitz.


Organised by the Galaxy Group, Slash World On Fire Featuring Myles Kennedy and The Conspirators Live in Malaysia 2015 will be held at Sunway Lagoon Surf Beach on Feb 14, 7pm.

Tickets, priced at RM348, RM278 and RM168, are available at all Galaxy ticketing counters at Mid Valley and Sg Wang in Kuala Lumpur or online via www.buytickets.com.my. For more details, call 03-2282 2020, or visit www.galaxy.com.my.

(To avoid disappointment you may want to book your ticket(s) early because being the only stop in this part of the world you may have to compete for tickets with fans from neighbouring countries.) 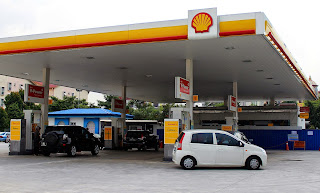 Retail prices for fuel in the country has been reduced between 11 sen and 23 sen from midnight.


Image source
Posted by HappySurfer at 7:28 PM No comments: