Yes, I guess I'm lucky. I still have you coming by, right?

What Kind of Cookie Are You?
Fun, Free Quizzes!
Last Week's Quiz: What's Your Introvert Strength? 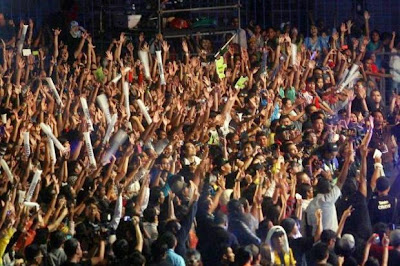 Email ThisBlogThis!Share to TwitterShare to FacebookShare to Pinterest
Labels: Movies

Find out what's your introvert strength today. Happy Friday, everyone!

Kuala Lumpur is sunny today. Blue skies, white clouds. The share market is up. I made some money today. Woot! Down south in Singapore, Singaporeans are snapping up the Ringgit, emptying money changers stash. Yesterday the exchange rate hit a high of 2.7234, i.e., S$1 = RM 2.7234.

Macquarie analyst Somesh Kumar Agarwal has said the weakening of the Ringgit would affect tourist arrivals to Singapore and, in turn, potential revenues from the mass-market segment of Singapore's casinos.

Malaysians are among Singapore's top mass-market foreign gamblers, so the weak currency will put a dent in the high- stakes gaming business.

But Singapore shoppers to Malaysia are not complaining despite Malaysia's new 6% goods and services tax kicking in on April 1. With an exchange rate favouring the Singdollar, items like milk powder, cooking oil and diapers still cost about the same.

Good for you if you are making Sing dollars and spending it across the Causeway in Johore.

Sweet! It's Friday again. Time to ditch the hustle and bustle of the week and take that well-deserved weekend wind-down.

This week's quiz is an easy one - no thinking needed. The Comfort Test will reveal what you find most comforting if you don't already know that about yourself. Take the quiz to find out.

What's hot news in KL? The political scene..
And GST. Got charged 10% service charge at Nandos last night, plus the 6% GST, of course. Maybe I'll add this onto the list on the CheckGST website which some nice lady has set up.

The Comfort Test
More Fun, Free Quizzes!
Last Week's: Can You Keep Your Emotions In Check?

Posted by HappySurfer at 6:48 PM 4 comments:

Glow in the dark stickers for your Guitar Actually, these glow in the dark marker dot stickers are more for guitars, basses, violins, and all other stringed instruments - universal fit.

These are Peel and stick GlowDotz over existing guitar fret board markers or add markers on fretless and custom instruments and would definitely provide a "Wow" effect when the lights go out.

If you have trouble seeing your side dots these glow dots would be just the aid you need.

Posted by HappySurfer at 6:06 PM 2 comments:

Friday Frolics - Can You Keep Your Emotions in Check?

Ahh, sweet, it's Friday again and yet another fun round of Friday frolicking.

This week's Personality quiz is about emotions. Just answer a few easy questions to find out how emotional you are and whether you are someone who can keep your emotions in check.


Can You Keep Your Emotions in Check?
Fun, Free Quizzes!
Last quiz: How Weird Are You?

Noticed how clear the city looks after a short shower but sorry the image doesn't do justice.
But hope the playful clouds make up for it.

You, have a lovely evening or a lovely day ahead whichever is the case. 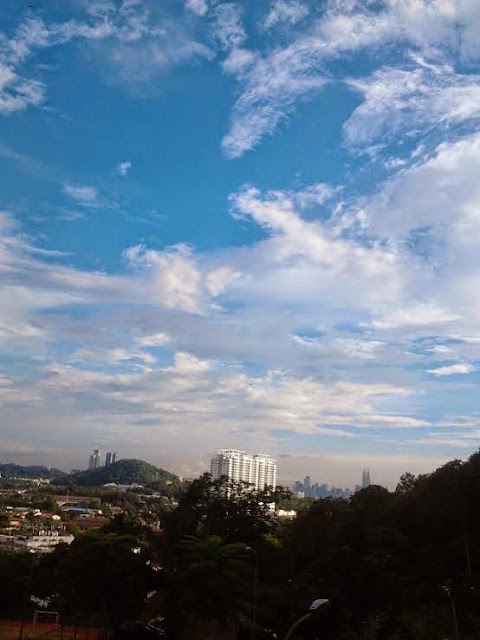 I was caught in a traffic jam last night near a Petronas petrol station where the queue started at the station. Motorists were queuing up to fill up their tanks expecting a price hike after midnight. But it did not happen. Well, not a bad April Fool's Day.. 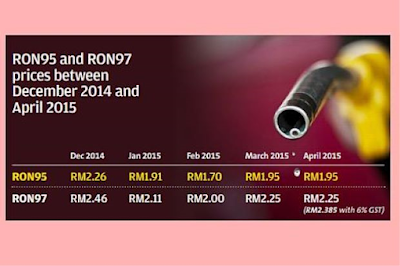 RON 97, however, comes with the 6% Goods and Services Tax, whose implementation begins today in the country.

The Star reported that motorists had earlier jammed petrol stations around the country, with some complaining that they had to queue for very long. This is usually the case just before an impending petrol price hike. Do you join in the fun?

Posted by HappySurfer at 5:40 PM 3 comments: