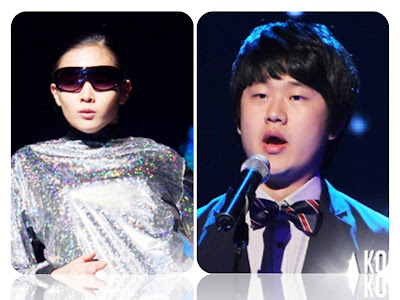 After being pleasantly surprised by Choi Sung-bong's performance in June and hearing him share his sad childhood, everyone must be rooting for him to win Korea's Got Talent 2011.

The grand finale was held last Saturday, Aug 20. Choi garnered the second most number of votes.

So, who won Korea's Got Talent? Just like the winner of China's Got Talent, a popping dancer won the grand prize of 300 million won and an automobile. Watch 17-year-old dancer Joo Min-jung perform in the finals below.

The grand finale episode was aired live as well as through YouTube worldwide on Saturday.

Posted by HappySurfer at 8:22 PM