What Bird are You?

According to the source who compiled this, they have delved
into ancient mythology and Celtic history to come up with
personality traits of different birds, which can be compared
with people. See whether it's true in your case.

A cool exterior disguises a fiery temper and is very opinionated - although those opinions are not always shared by everyone. They are proud and particularly home-loving, although have a tendency to be quarrelsome.

Goldfinch people are colourful characters who are sensitive and always alert. They are gregarious by nature and love being in groups of people, which offers them security. They need to find an outlet for their imaginative abilities or they are sometimes be in danger of becoming nervous and irritable.

A powerful individual which displays courage and a sometimes ruthless determination. Avoids problematical obstacles with skill, although must be fully targeted so as not to waste energy in fruitless chases for the impossible. 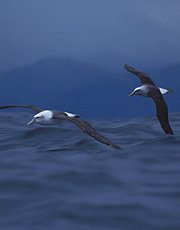 Has a tendency to have a mind that wanders, but when in search of a particular goal, will travel great lengths to achieve it. Occasionally, the albatross may become caught up in things it shouldn't when not seeing clearly enough.

Peace-loving by nature, doves will bill and coo about things close to their heart. They enjoy a fulfilling love-life and rarely fail to satisfy. They are also patient, adaptable and personable. Their lack of aggression sometimes makes them the victim of more predatory characters.

A well-respected figure which has excellent visionary qualities. Eagles will truck no nonsense and will fix opponents with a powerful stare. They have the power to rise above the trivial aspects of humanity, and are highly talon-ted.

More often heard before being seen, nightingales always have something to say for themselves. They are however very much in tune with their partners. Their unimpressive exterior hides a personality that is just waiting to burst out.

Another flamboyant and colourful character that is always exciting to encounter. They rush around at great speed and have a close spiritual affinity with water. They have a sharp and perceptive head on them, but can make them impetuous enough to dive in where others would fear to go.

The swan is a complex character. While appearing on the surface as a calm and relaxed individual, underneath they are working hard to keep up with the pace of modern life. If provoked their natural graceful demeanour can give way to a violent temper which puts them in a flap. They are definitely someone to have on your side. 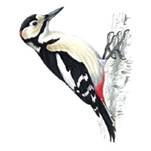 A tough, hard-working character with plenty of stamina. Has no problem drumming up support for their ideas, no matter how wacky they seem. With a lateral-thinking mind they are skilled at dissecting problems and seeing the wood for the trees. However, with their noisy and exuberant lifestyle, you might not want to have one as a neighbour.

A sharp brain helps kestrel people hover from one subject to another without losing concentration. They focus on their life's goal with a single-minded focus, not flustered by what is going on around them. A confidence in their own ability helps them to soar to heights others may only dream of.

Always impressive, raven people are a tower of strength. They are more intelligent than their peers and are adept problem-solvers. They enjoy challenges are stimulated by wild and exposed places. 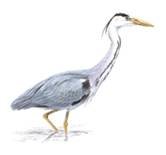 Heron people are deceptive. Although they may be solitary individuals for much of the time, they nevertheless have a need to settle in busy communities where they know everyone else. They may get bogged down as they wade the course of life, but have broad enough shoulders to cope with weighty issues. But their insecure nature often leads them to fish for compliments.
Posted by HappySurfer at 3:38 PM