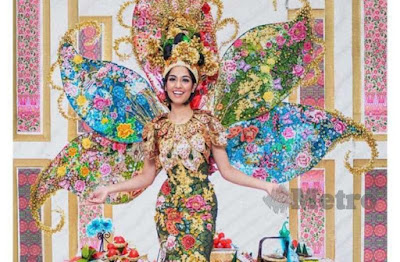 But Miss Malaysia's costume was showcased at the pageant (which could possibly have caused the misunderstanding) but let's take a look at this creation. The costume is aptly called 'A Peranakan Indulgence' which was inspired by the Peranakan or Baba Nyonya community’s rich bridal traditions.

Peranakans are descended from Chinese settlers who arrived in the Malay Archipelago between the 15th and 17th centuries. The communities are mostly found in Penang and Malacca and south in Singapore. 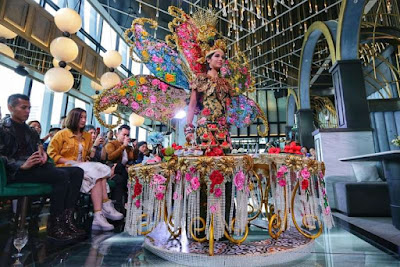 When asked by host Steve Harvey about her costume, Shweta said Nyonya people are descendants of “mixed marriage between the Malays and the Chinese”.

“The wings here define the tail of the goldfish which they believe is a sign of prosperity.”

It was designed by Taiping-born fashion designer Carven Ong, who is known and loved for his bridal creations since 1991.

Ong’s creations can also be seen in the 2018 rom-com hit Crazy Rich Asians. 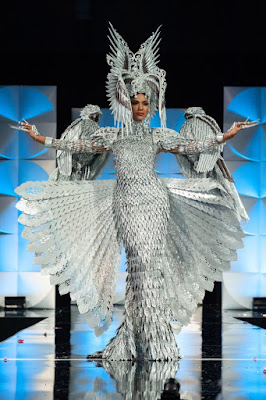 The Miss Universe 2019 pageant was on Sunday, with 90 women competing for the title at Tyler Perry Studios in Atlanta. The title ultimately went to Zozibini Tunzi of South Africa. 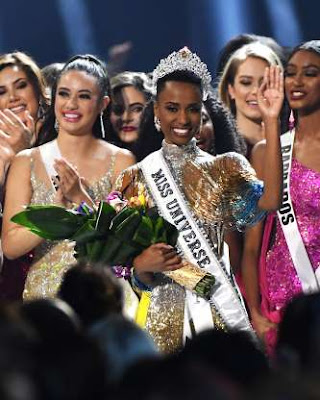 (All images are from msn.com)

Posted by HappySurfer at 9:12 PM