Hiya! Surprising there's no sun today in spite of the fact that today, March 20, is the March equinox or the Northward equinox when the Sun appears to leave the southern hemisphere and cross the celestial equator, heading northward as seen from earth.


In its apparent motion on the day of an equinox, the Sun's disk crosses the Earth's horizon directly to the east at dawn—rising; and again, some 12 hours later, directly to the west at dusk—setting. But an equinoctial day produces several minutes more daylight time than nighttime.

As Malaysia is located just north of the Equator, today is set to be the hottest day in the year due to this equinox phenomenon. Last week, somebody cooked an egg on the dashboard inside the car. I kid you not! Here's proof from The Star. 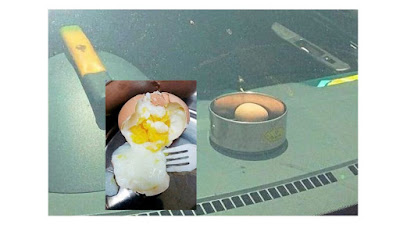 The heatwave already started a week or two ago with temperatures soaring to 39deg C in the northern part of the peninsula. Here in the capital, Kuala Lumpur, temperatures hit between 31 to 35deg C. Shopping complexes are the most popular places during the day or weekends. Rather, any place with air-conditioning is a go-to venue right now, including the office with people coming in early and leaving late just so they can spend more time in a cooler environment.

Here's how we can stay safe from the heatwave.. (Source: The Star)

Just an idea of temperatures today in and around the country.. 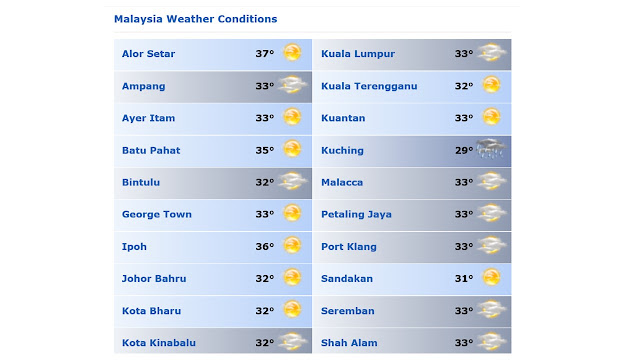 Accuweather (source of the image above) says Kuala Lumpur is 'mostly cloudy' today, though I don't see clouds but just a drab greyish/white canvas above. No matter, this happy surfer shall have a happy day. You too wherever you are..

Posted by HappySurfer at 2:51 PM