CNN reported yesterday that a piece of wreckage apparently from a Boeing 777 -- like the missing MH370 airliner -- was found washed ashore over the weekend on the coast of Mozambique, a U.S. official told CNN on Wednesday. 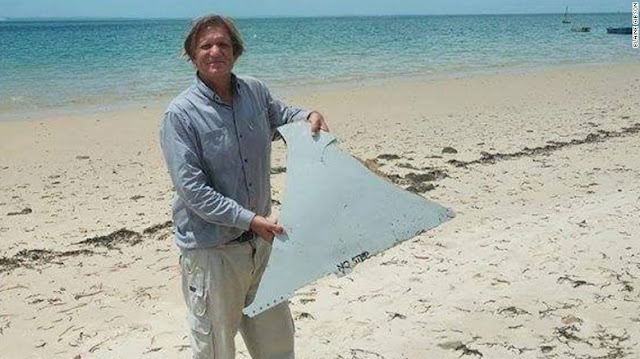 The plane part, measuring 35 inches by 22 inches, found on a sandbar was discovered by an American tourist, Blaine Gibson, and a local fisherman.

It's reported that the debris is on its way to Malaysia for further examination. The wreckage is a piece of horizontal stabilizer skin according to the U.S. official.

The horizontal stabilizer is the part of the aircraft's tail that is horizontal as the plane flies.

Input from a second aviation source is that there was no record of any Boeing 777 missing other than Malaysia Airlines Flight 370, which disappeared on March 8, 2014, with 239 people on board. The disappearance of MH370 remains one of aviation's greatest mysteries.

Mozambique is about 1,300 miles (2,100 kilometers) west of Reunion Island, with the large island of Madagascar between them. 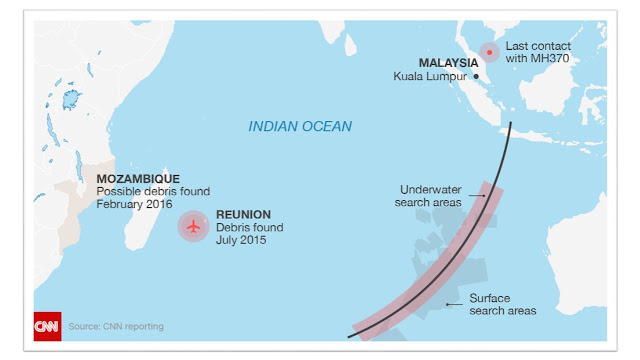 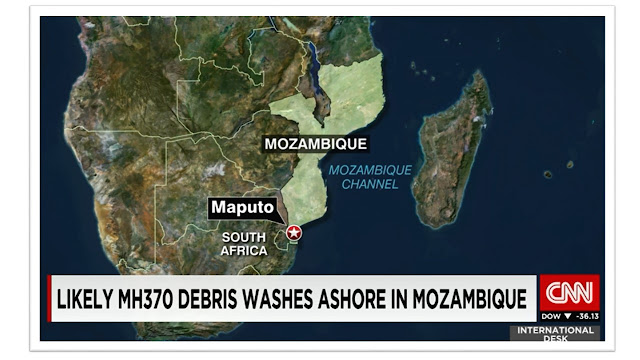 About three weeks after the disappearance, Prime Minister Datuk Seri Najib Tun Razak announced live over TV that the flight ended in the Indian Ocean based on confirmation from British investigators from its Air Accidents Investigation Branch (AAIB), though the search continues to this day.

The mystery of what happened to the plane remains unsolved. The search has turned up some aircraft debris, but also some false leads.

It took more than a month for French investigators to confirm that debris found on Reunion Island in July was from the missing Malaysia Airlines plane.

Posted by HappySurfer at 9:52 AM