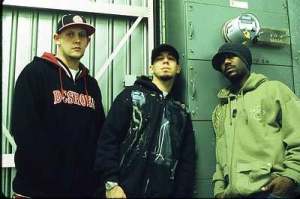 Fans of Mike Shinoda or Fort Minor might be interested to note
that the group will be rocking Kuala Lumpur on Feb 28 at the
Indoor Arena, Bukit Kiara Equestrian and Country Resort.
And if you miss them here, you'll be able to catch them in
Singapore the following day.
---------

And here's a movie I'd like to catch, "The Stepford Wives".
It's coming on this Sat at 9pm on Astro's HBO. It stars
Nicole Kidman (I love Nicole Kidman) and Glenn Close (the lady
as Cruella in '101 Dalmations' and the other lady in 'Fatal
Attraction' with Michael Douglas).

------------
And in football, Thiery Henry of Arsenal is staying back in
Arsenal. Ever since he became the Captain after Patrick Viera
left, the team has not been doing well. I think his old style
of play is being stifled as he has to look out for his teammates,
as Captain, rather than being free to show off his individual
prowess. I don't care. I support Man United.
Posted by HappySurfer at 8:48 PM