The night is still young, so they say, as today is just the 5th Day of the Chinese Lunar Year. We still have 10 more days of merry-making - of lo sang at dinners, of wining, of collecting/giving ang pows, of meeting up with friends and family, of card games and mahjong sessions, of visiting relatives near and far, and of just about everything else synonymous with this celebration of welcoming the new year.

Hope everyone is having a wonderful time, those of you who are celebrating this most important festival in the Chinese calendar.

Today is February 1. It is a public holiday for the Federal Territories of Kuala Lumpur, Putrajaya and Labuan which means offices and government departments in these three FTs are closed which allows for an additional day for festivities of the new lunar year.

Streets of Kuala Lumpur are still not as congested as usual but at the malls it's a different story. People come from near and far (even as far away as from Penang) to KL to check out the malls to take in the elaborate decorations put up. A great place for selfies and wefies, no doubt.


Today, let's take a look at how Chinese New Year is celebrated in some other cities around the world. By the way, did you know that there are an estimated 50 million Overseas Chinese?. This is the number indicated by Wikipedia for the year 2012. Thailand has the highest number at close to 9.4 million. Malaysia comes in second at more than 6.6 million and next is United States at about 5 million. 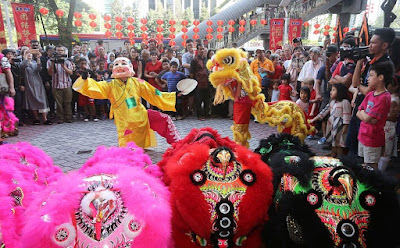 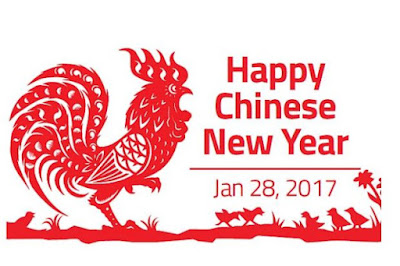 Image source: The Star
Posted by HappySurfer at 1:23 PM