Woke up this morning to the smell of summer barbeques. Mmm.. Buffalo wings, burgers, sausages, potatoes, sweeet potatoes, grilled vegetables, racks of lamb, you name it. I wish!

No, the haze situation is much worse today vis-a-vis the days before. To give you an idea, check out the map below..


How bad is the haze? According to MSN/FMT.. 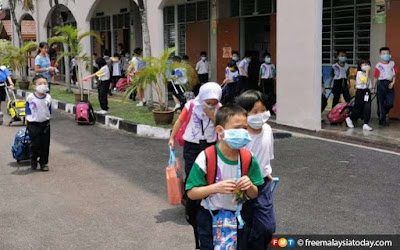 A total of 168 schools in the peninsula will be closed on Wednesday due to the haze shrouding the country.

Fifty-three schools in Nilai and Mantin have been ordered to close by the Negeri Sembilan education department after the air pollutant index (API) levels had passed 200 as of 9pm, although teachers and staff are still required to be present.

All schools in Putrajaya and Port Dickson will be reopened on Wednesday as readings remained below 200 and is expected to decrease.

As of 11pm on Tuesday, Sri Aman in Sarawak remained the only area with a hazardous API reading of 377, while very unhealthy readings were recorded in Seri Manjung, Perak (219), Nilai, Negeri Sembilan (208), Kuching, Sarawak (210) and Johan Setia, Selangor (232) at 10pm. 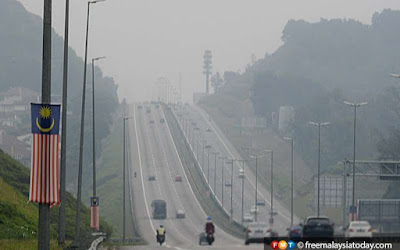 More areas recorded very unhealthy air pollutant index (API) levels of above 200 this morning, including Balik Pulau in Penang, Putrajaya, Petaling Jaya, Klang and Shah Alam as the haze that has shrouded many parts of the country for weeks continues.


Kuching declared ‘world’s most air-polluted city’, KL is 3rd
KL is the THIRD most air polluted city in the world! - according to US-based website World’s Air Pollution: Real-time Air Quality Index that monitors air pollution across the globe.

Each city’s air quality is rated based on the Air Quality Index (AQI) readings where:

On the World AQI Ranking today (17th September), Kuching holds the world’s most air-polluted crown with a detrimental API of 220, while “lucky” number 3 is KL with an unhealthy API of 157. 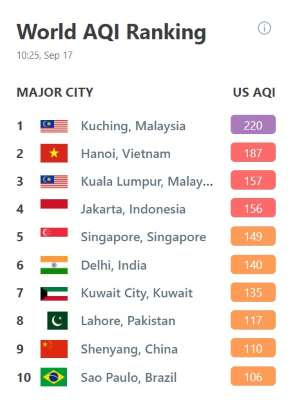 On the bright side, Indonesia, Malaysia in close contact over haze
Plus, the impending monsoon in a month or so would see some good rain to clear the air.
Posted by HappySurfer at 10:36 AM