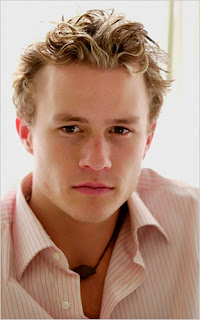 Heath Ledger was found dead yesterday, Tuesday, in a Manhattan apartment, naked in bed with sleeping pills nearby. The Australian Perth-born actor was 28. His role as a gay cowboy in 2005 movie "Brokeback Mountain" earned him a nomination for an Academy Award.

According to MSNBC, it wasn’t immediately clear if Ledger had committed suicide. He had an appointment for a massage at the residence in the tony neighborhood of SoHo. A housekeeper who went to let him know the massage therapist had arrived and found him unconscious at 3:26 p.m.

NYPD is investigating the possibility of an overdose.

A source told msnbc.com that Ledger had been turning down roles lately.

As word of the death spread, a crowd had gathered outside the upscale apartment in SoHo in time to see Mr. Ledger's body removed. An autopsy was planned for Wednesday.