An outing outdoors in Kuala Lumpur today would be nice because it's not a hot day outside though somewhat overcast.

We are seeing more rain these past few days which could be due to the upcoming northeasterly monsoon season. East coast states are on the alert for floods which normally come with this weather pattern.

I've lost touch with when Children's Day is here in Malaysia but according to Wikipedia, In Malaysia, Children's Day is celebrated on the first Saturday of November annually. Primary school pupils normally go to school on the Friday before the event to celebrate Children's Day. The schools that are involved would also organize numerous activities for their pupils.

Google celebrates this day with a nice Google doodle.. 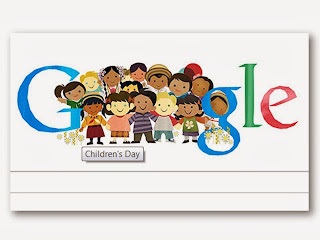