'Crash' Walks Away With the Top Prize at the Oscars

LOS ANGELES, March 5 — In a stunning twist, the motion picture academy turned its back on "Brokeback Mountain" and its unflinching gay love story Sunday night, awarding the Oscar for best picture to "Crash," a moody kaleidoscope of racial confrontation in Los Angeles in which every character is at once sympathetic and repulsive.

"Brokeback Mountain," which had taken nearly every major best-picture prize in the run-up to the Oscars, won the awards for its director, Ang Lee, and for best score and adapted screenplay.

"Crash" also won the Oscars for best original screenplay, for its writers, Paul Haggis and Bobby Moresco, and for the film's editor, Hughes Winborne.

Philip Seymour Hoffman was named best actor for inhabiting the role of Truman Capote and Reese Witherspoon won best actress for her steely, charming turn as June Carter Cash in "Walk the Line."

For the full story:
'Crash' Walks Away With the Top Prize at the Oscars 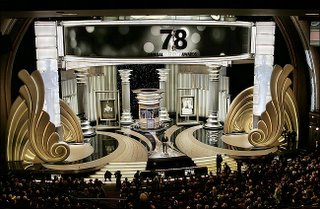 The setting at the Kodak Theater on Hollywood Boulevard for the 78th Academy Awards. Jon Stewart, the host, is at the microphone 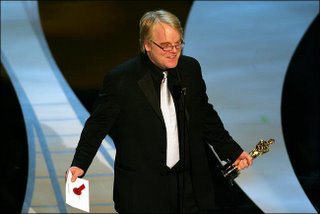 Philip Seymour Hoffman earned a best actor Oscar for playing Truman Capote in "Capote." Mr. Hoffman thanked his mother for having raised four children on her own. 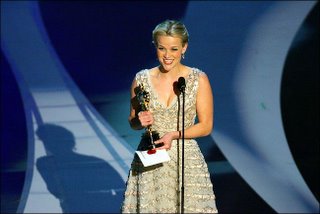 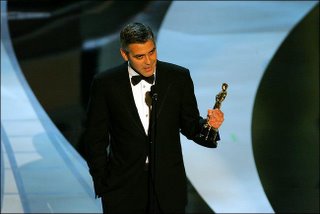 With the first award of the night, George Clooney was a winner for best supporting actor for "Syriana." Mr. Clooney was the first person to be nominated for acting and directing awards for two different films in the same year. 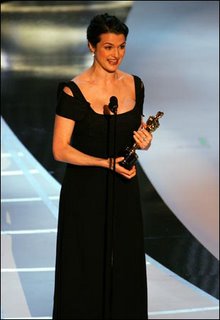 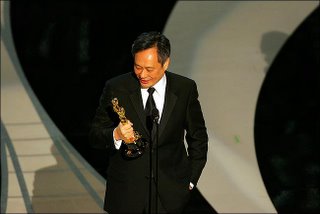 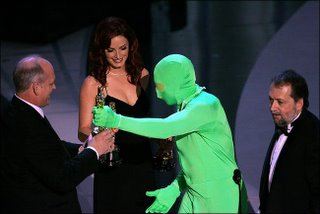 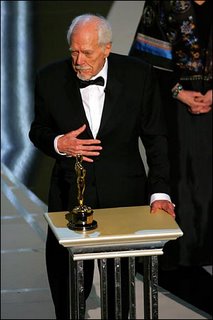 Robert Altman, director of films including "Nashville" and "The Player," was presented with the evening's honorary award 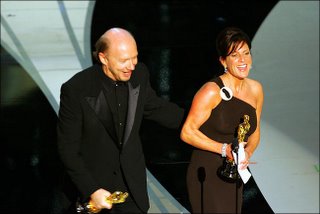 Paul Haggis and Cathy Schulman, the producers of "Crash," accepting the award for best picture.