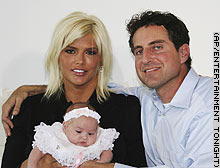 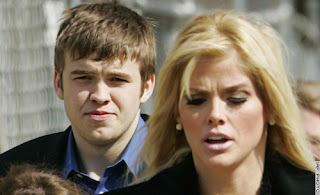 CNN this morning covered news about the shocking death of Anna Nicole Smith who died on Thursday at a South Florida hospital after being discovered unconscious in her hotel room. The reality TV star, Playboy Playmate and former Guess model was 39. She leaves behind a daughter, Danielynn, born in September 2006, three days before Nicole's son, Daniel, of twenty died. An autopsy is scheduled for Friday, according to the Broward County Medical Examiner's Office.
Posted by HappySurfer at 10:13 AM