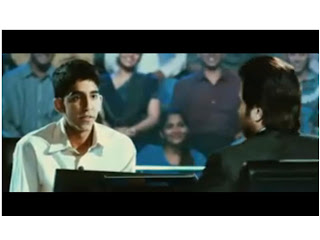 The Academy Awards has come and gone. Did you manage to catch it - live or repeat? Do you think the winners are deserving of their accolades?

After winning 4 Golden Globes and winning big at the British Independent Film, is it any surprise that Slumdog Millionaire came away with 8 Oscars, including Best Picture, Directing, Music (Song), Music (Score), Editing, Sound Mixing, Cinematography and Writing (Adapted Screenplay).

I didn't catch the ceremony but managed to join (on tv of course) Ryan Seacrest and Juliana Rancic on the Red Carpet. Personally, I'd rather watch this scene of who's who than watching the ceremony. There is more fun being able to move around (following where the camera takes you) seeing who's among the crowd, who's arriving with who, what and who (which designer, that is) they are wearing and hearing them speak, being interviewed.

Let me see.., who did Ryan manage to speak to. There was Seal and Heidi Klum, the latter in a beautiful red gown; Mickey Rourke (I like the way he was dressed. He was nominated for Best Actor); Penelope Cruz (later received the Oscar for Best Supporting Actress); Kate Winslet (Winner - Best Actress); Sarah Jessica Parker and Matthew Broderick; Brat Pitt (briefly) and of course, Danny Boyle (Winner - Best Director for "Slumdog Millionaire") and the excited children from the movie.

And what would the Oscars do without the Fashion Police. They highlighted some nice clothes.

If you have not seen the movie - me neither - here is a trailer.

YouTube has lots more videos on the Oscar. Check them out if you are interested. While you are at it, check out the soundtrack too afterall the movie received two Oscars for music - song and score.
Posted by HappySurfer at 4:56 PM