House of the Virgin Mary in Turkey

History has always fascinated me. Here's a bit of history that could be fascinating to you as well. It's the house that the Virgin Mary, mother of Jesus Christ, used to live after His crucifixion in Calvary. 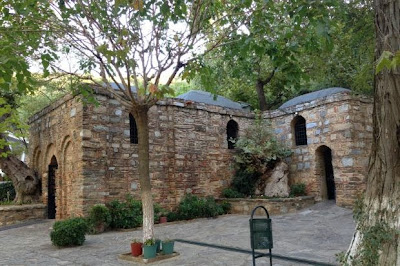 WHEN Jesus was on the cross at Calvary, he turned to his youngest Apostle and asked him to look after his mother Mary, the Bible says. But the book remains largely silent about what happened to her after that.

It is believed, however, that John the Evangelist, as the Apostle came to be known, quietly spirited her away to what is modern-day Turkey.

High on a hill slope outside the town of Ephesus he built her a simple stone house where she stayed secretly. Those were dangerous times for Christians. The Romans held Ephesus and they were responsible for crucifying Jesus.


Continue reading House of the Virgin Mary in Turkey.. The Star

All images are borrowed from The Star

Posted by HappySurfer at 2:10 PM