The Perigee Moon on Jan 10

I was looking forward last night to seeing the perigee moon in all its splendour but no such luck. It was a dark cloudy night and the moon was pale and intermittently obscured by the dark clouds floating by making it less than its perfect round shape.

Due to the dark cloudy sky, sighting the moon rise was not possible and when it was sighted, it was already overhead. Below are the shots I managed to take. 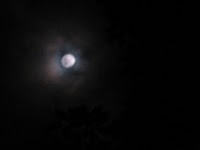 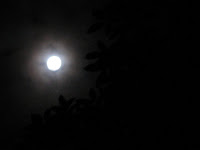 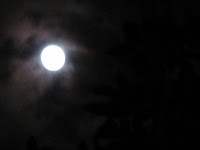 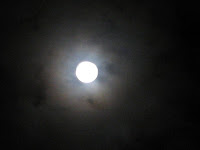 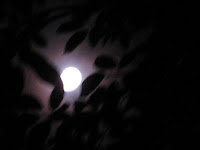 Jonathan Sabin of Florida noticed how dark the shadows were, so he took a picture of his own shadow instead. 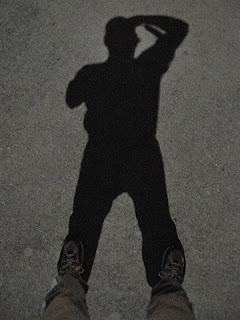 Elsewhere around the world, the moon was beautiful. Check these out from Spaceweather.com. 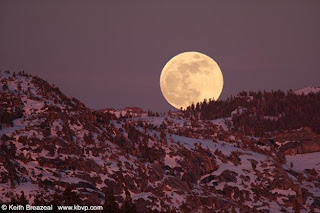 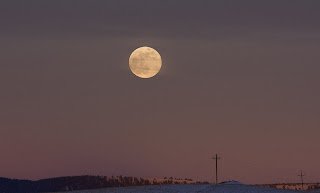 From Chennai, India, with a clear blue sky and a lake nearby 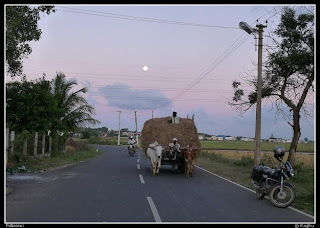 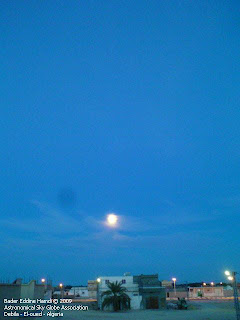 From the Alps, France - Note the plane crossing in front of the Moon 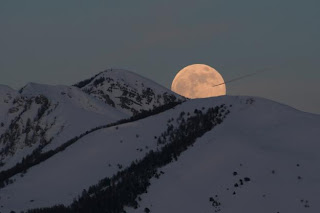 This one is beautiful taken in Southern Germany on a very cold wintry yesterday morning of -17 °C/+1.4 °F 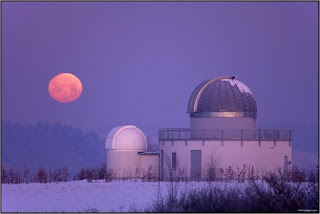 Ice-skating in Netherlands with the perigee moon above 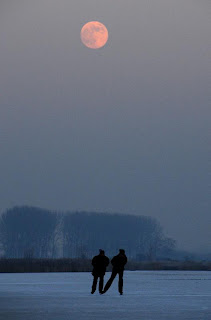 This is from Hungary

And this is one of two submissions from Malaysia, from Martin Carvalho of Malacca. Martin had this to say:

It was a quaint coincidence that the Full Moon was up during the launching of the ceremony to light up traditional Chinese lanterns along Malacca's Jonker Street, the city's 18th Century Dutch era quarter. The moon in the cloudless sky seem to blend well the red Chinese lanterns.. 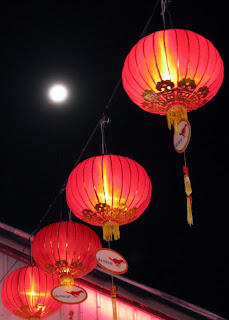 For more pictures, visit spaceweather.com
Posted by HappySurfer at 11:00 PM