End of the World & Expected Cosmic Events in 2012

The Star reported yesterday about a UFO sighting in Sunway, outskirt of KL. Some people say they were just LED kites. Do you believe UFOs and ETs exist? What about the much-talked about "end of the world" predicted to be on Dec 22 this year? 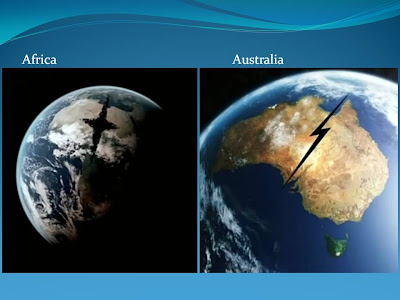 We have for a while now been hearing talk, been talking about it ourselves, even watching a movie, 2012, about the end of the world. Is the Mayan calendar to be believed? I find the end of the world a concept hard to believe but I do subscribe to 'never say never', so anything is possible. Skeptical as we may be, or at least some of us, there are signs around us that show our world falling apart - earthquakes and tsunamis, floods, global warming, and so forth. Methinks.

Scientists even believe that ETs are sending us warning signs by way of crop circles, for instance.

Crop circles - do you think they are man-made or made by extra-terrestrials with the aim of delivering humanity a message as to what to expect and what to do going forward? Crop circles have been appearing in the last 20 to 30 years and they are found all over the world. There was even a crop circle in Yogyakarta, Indonesia, just January of last year.

Remember two suns spotted last year in China? I even saw the two suns one morning in June. Something is really happening in our solar system, in space out there. Perhaps, there is some shifting going on? 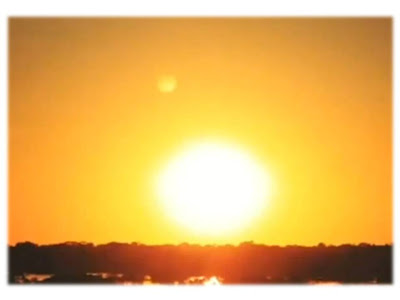 Do you think astral travel (astral projection) or out-of-body experience is possible? AstralWalker, Pane Andov, astral travels and he has been receiving messages from extra-terrestrials who ask that he passes them on. In his presentation on Expected Cosmic Events in 2012, a talk he delivered in Australia last year, he talks about crop circles, planets shifting resulting in the 'other sun' being visible on Earth, the splitting of land masses, among others. Here's the video..


Images here are video-grab shots from the video, Expected Cosmic Events in 2012