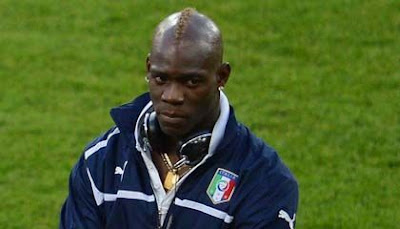 One can't help reading about Mario Balotelli when he appears in the papers. His antics sometimes boggle the mind, to say the least. But this time, it's praise-worthy and responsible of him.

Manchester City and Italy football star, Mario Balotelli, told Italian press Wednesday that he will take a paternity test after he found out that his former fiancee is pregnant with his child.

Advancement in medical science has enabled a pregnant dna test to be risk-free and accurate. It is also non-invasive and is safe for both mother and baby.

21-year-old Balotelli in a statement said that he will assume full responsibility once it's been proven that he is the father of the child. He's disappointed that he had to learn about the pregnancy from third parties.

Raffaella Fico is a 24-year-old television celebrity and underwear model. She is four months pregnant.

Posted by HappySurfer at 9:38 PM