Check out 2015 Current Situation of the Haze here.

The air quality in Kuala Lumpur has still not improved from yesterday. I'm not able to get a current PSI reading for KL but a mask is still a good friend to go outdoors with.

The haze in Malaysia has today escalated to unhealthy levels on the API or PSI and in certain districts, even to crisis levels. Schools in these parts of the country have been ordered to close today - Selangor and Kuala Lumpur; Negeri Sembilan including Port Dickson; Malacca; Kuantan and other districts in Pahang; and Segamat, Muar, Ledang, Batu Pahat, Kluang in Johor.

In Muar, the district has been declared to be on emergency status meant to encourage the people to stay indoors due to the haze which hit a dangerous 750 on the API (Air Pollutant Index).

“People are still allowed to go about with their normal routines but for their own good, they should try and stay inside as much as possible and wear masks,” Muar District Officer Abdul Rahman Muhamed Dewan said during a press conference on Sunday.

The number of hotspots in Sumatra is reported to have doubled.

Here's an indication of the haze menace - KL PSI reading and elsewhere in the country at different times of the day (yesterday, I believe), and visibility info - as reported in The Star today.. 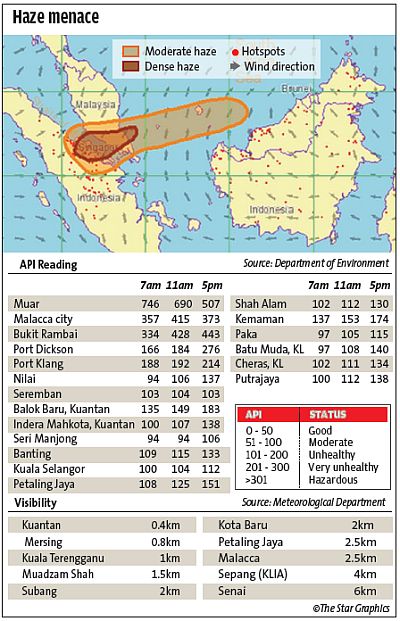 Visibility problem affected two Malaysia Airlines flights from Kuala Lumpur to Kuantan. Two flights had to be cancelled because visibility in Kuantan was at only 400km. All other operations were normal and the situation was being monitored.

Any reading above 300 is “hazardous” while readings above 500 come under “emergency”.

Authorities are prepared to carry out cloud seeding but there is practically “no cloud to seed” as moisture in the atmosphere is being drawn to the Tropical Storm Bebinca that is hitting south China. The storm is expected to make landfall today and when this happens, the situation is expected to change and we will see if the cloud-seeding can be carried out then,” said Minister in the Prime Minister's Department Datuk Seri Shahidan Kassim.

The Star reported today that Tourists still flock to KLCC despite haze with an American tourist saying his trip was not spoiled by the haze, adding optimistically that the “smog would be gone soon”.

Chinese tourist Mark Xiong, 27, who was wearing a face mask, said the haze was actually not too bad, adding that “in Beijing, the air quality was sometimes very bad”.

And in Malacca..
*wide grin*

Meanwhile, face masks are flying off store shelves in no time.. and traders have been warned not to take advantage of the situation by raising prices. 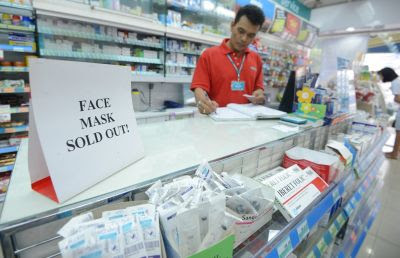 Let's take a look at the haze situation in Singapore. Straits Times reported a moderate PSI reading in Singapore of between 51-100 this morning. 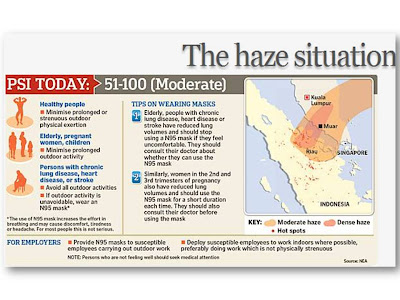